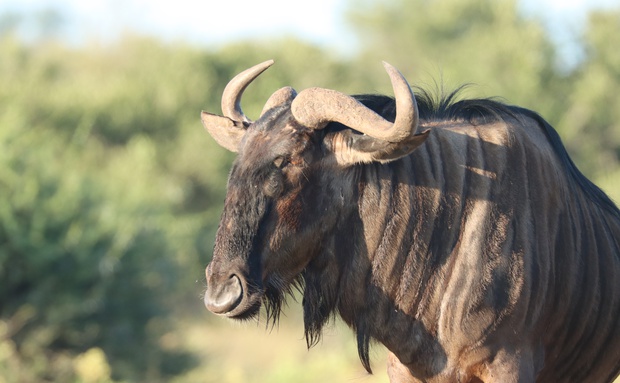 I will be covering all the wonderful sightings that happened during April 2022.

The mornings are cooling down, it is crisp, with beautiful dew drops on the grass and spider webs. The days are pleasant and the evenings just perfect with the breath-taking sky as we sit around the bush TV (Fire) chatting away, listening to the Hyena calling in the distance.

Game drives have exceeded expectations and the bush has thinned out quite a lot with lots of prominent animal pathways starting to form. We had some late rain, which pushed a few greens through all the browns, it is truly beautiful.

All images in this article were taken by Stefan Breuer, owner. 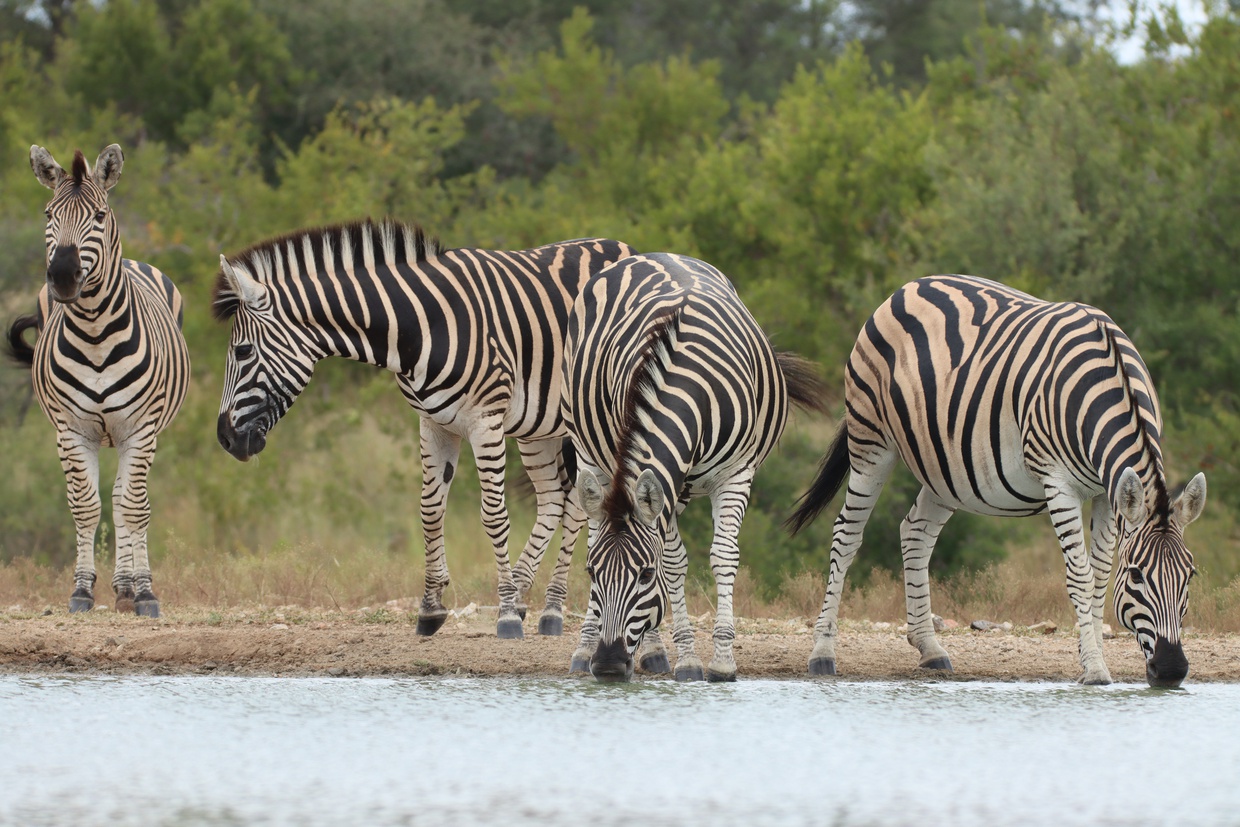 Leopard sightings have been really good, not as frequent but nice long static sightings which give us great quality time with them. We are still getting movement through camp and we even had a glimpse of a female drinking from our management pool on more than one occasion. It looks very much like the youngster from the skittish female, we are getting more and more glimpses of her exploring by herself. The female leopard, Manzi has been active again around Klaserie River system, helping herself to some impala and bushbuck. I was also very lucky one morning to find one of the young males, that is growing into a very handsome young man, chased up into a tree by hyenas from where he slowly came down and posed very nicely for use before disappearing into a drainage system. 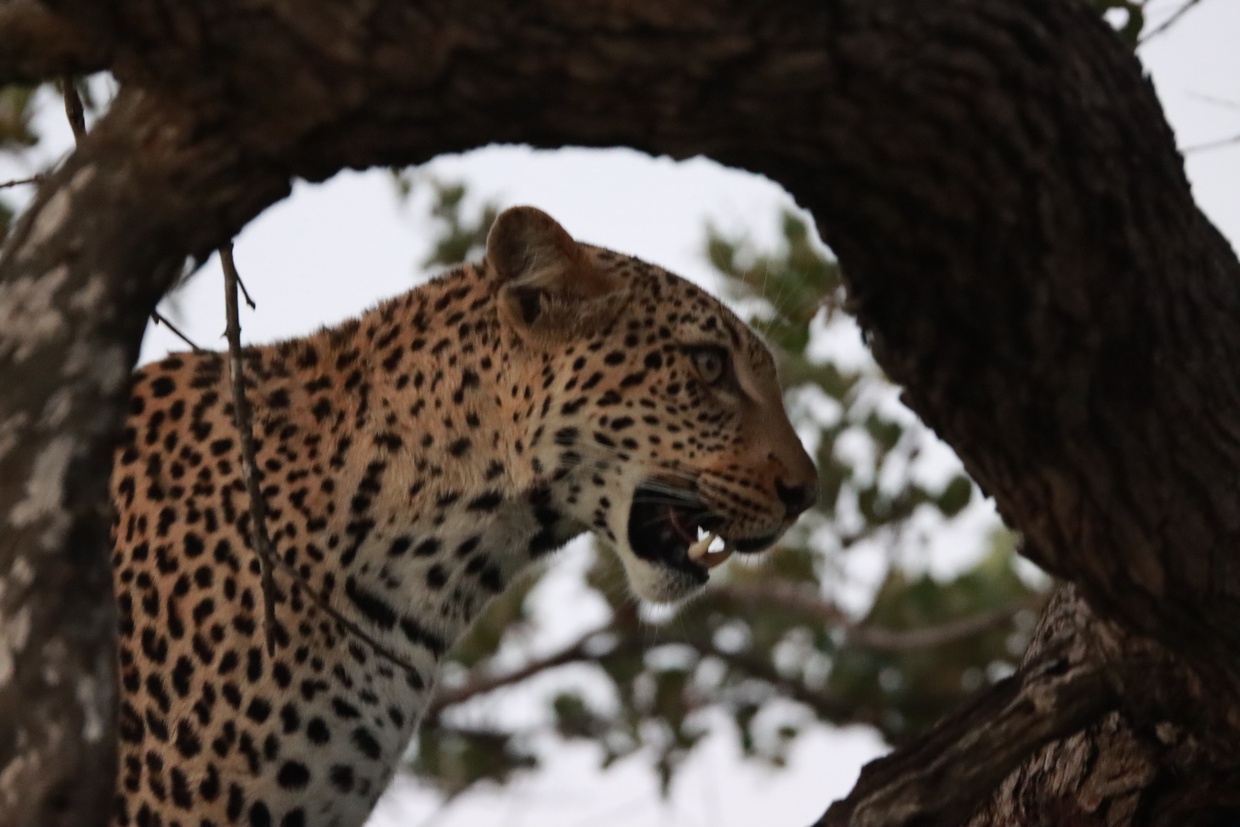 Lion sightings have been interesting, we have seen a small breakaway group from the large river pride, about 5 individuals of which one is a female with 3 new cubs, roughly about 10-12 weeks old. We have also noted another female lactating while the larger group of the pride have been more active to the east. We have yet again been very lucky with the western pride on the far western section of our property, the 4 large males are still with females and they are getting more comfortable pushing in more and more to Malembeni watering hole - even making kills, we hope that they will stick around for a bit. 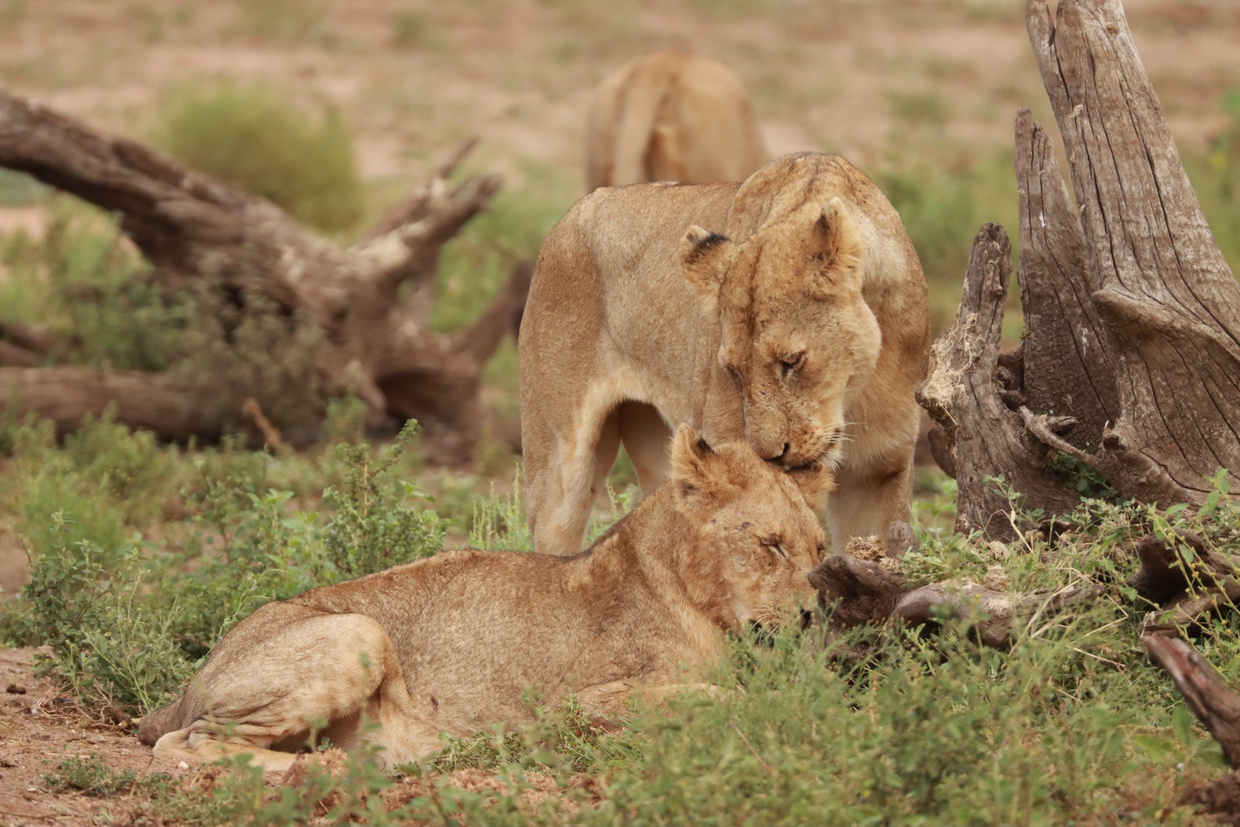 We had some wonderful elephant sightings throughout the traverse, especially around the windmill pan and Malembeni watering hole, there are so many babies around at the moment and we have seen some very nice large males around the lodge and river system.

The elephants have been enjoying the water holes, instead of just drinking, they have been getting right in there wallowing as they are not really deep enough to swim. The river levels are getting low very quickly and is mostly just used for drinking. 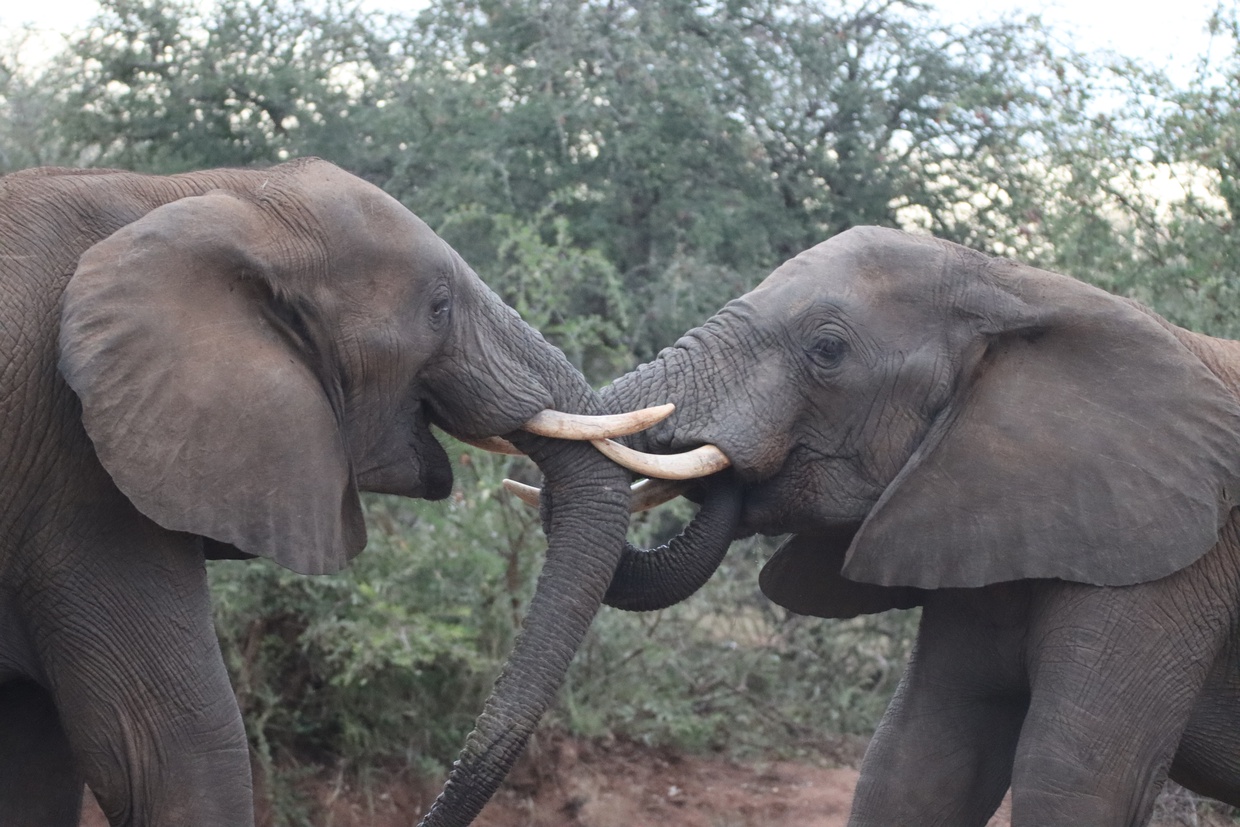 Buffalo herds have been scarce, only the dagga boys have been around, but they have given us some really good sightings. They have been very active around the lodge pan and two wallows close to the lodge, spending the warm summer days at the “spa” in the mud pools. They were actively moving up and down the river, feeding on the short grass growing in the river bed and cooling down by lying in the cold stream of flowing water in between the reeds. 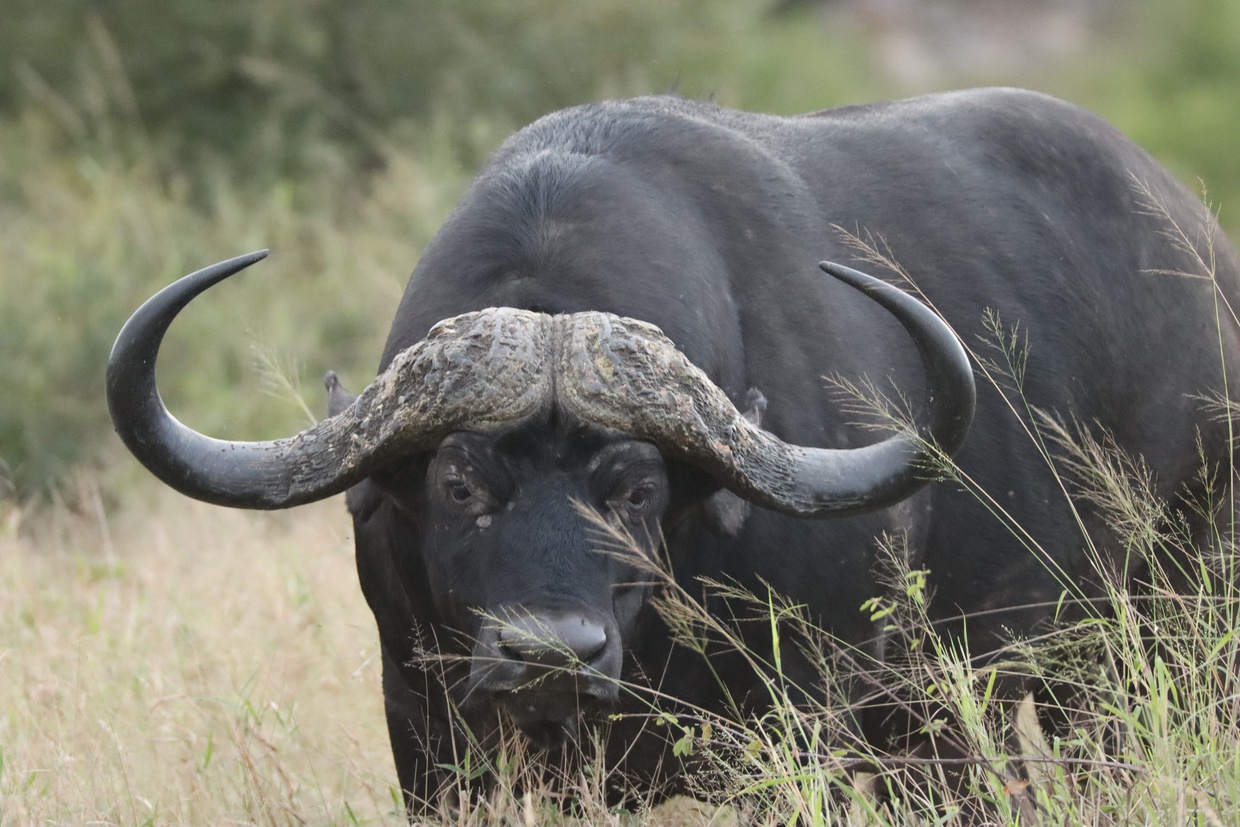 Still every report on Hyenas has been positive, they are still the apex predator in our area and they basically rule the Malembeni area. There are a few pups around and they all range from +/- 6 weeks to 7 months. Believe it or not, they have even brought a few happy tears to some of our guests and have been many a topic around our boma fire chats in the evening. The guests are changing their perception about hyenas once they have actually spent some quality time around these animals, watching their social behaviour. They are super sweet. 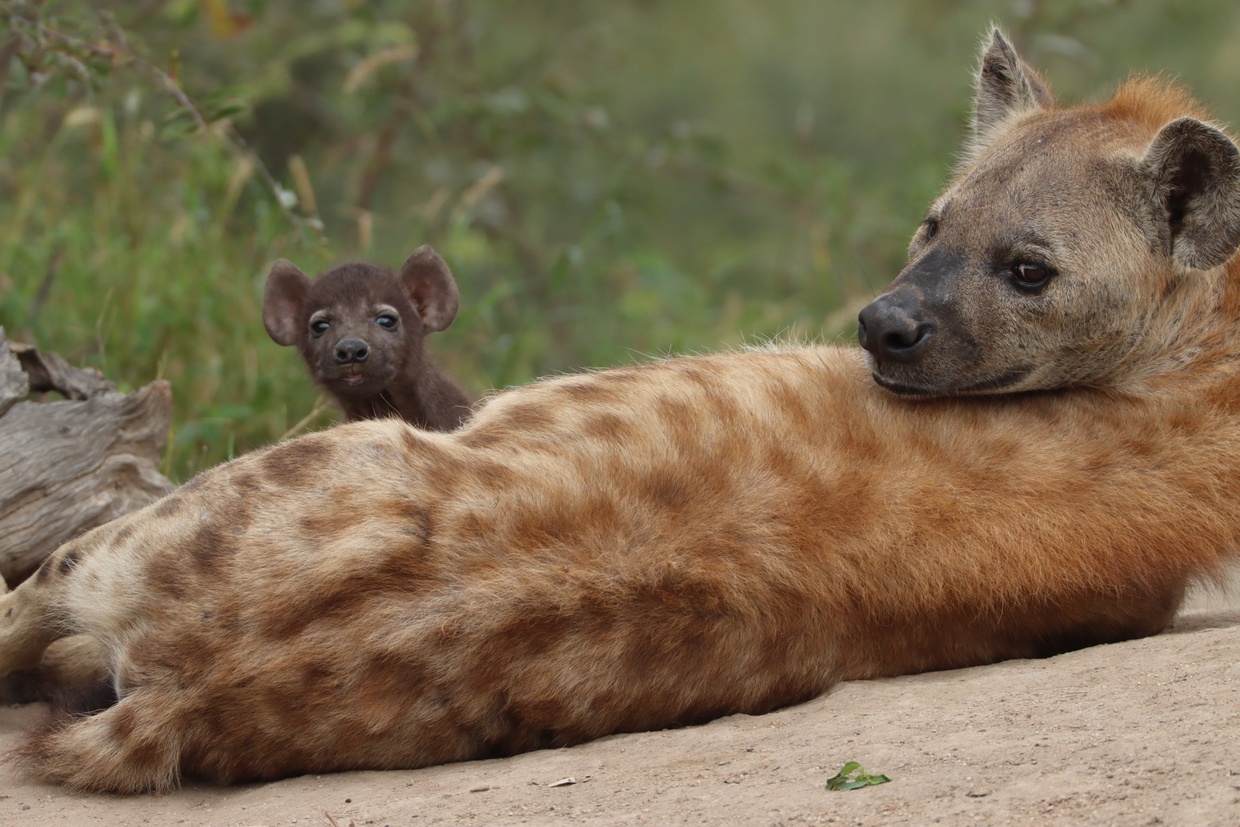 Highlight of the month by Ruan:

While having coffee, before game drive one morning, I saw something walking from the Nyala berry tree in front of the lodge and realised it is a male lion. I quickly ran to call the guests to show them the lion when a second one popped out. We quickly ran and jumped on the vehicle driving down to find them making their way to the watering hole. It was perfect timing and perfect light! There they were standing right in front of us drinking water and showing us their social side by pushing and shoving each other and by lots of face rubbing. They definitely had a kill somewhere as they had full belly’s, we followed them where they settled down in the river bed, down by the lodge, for the day. 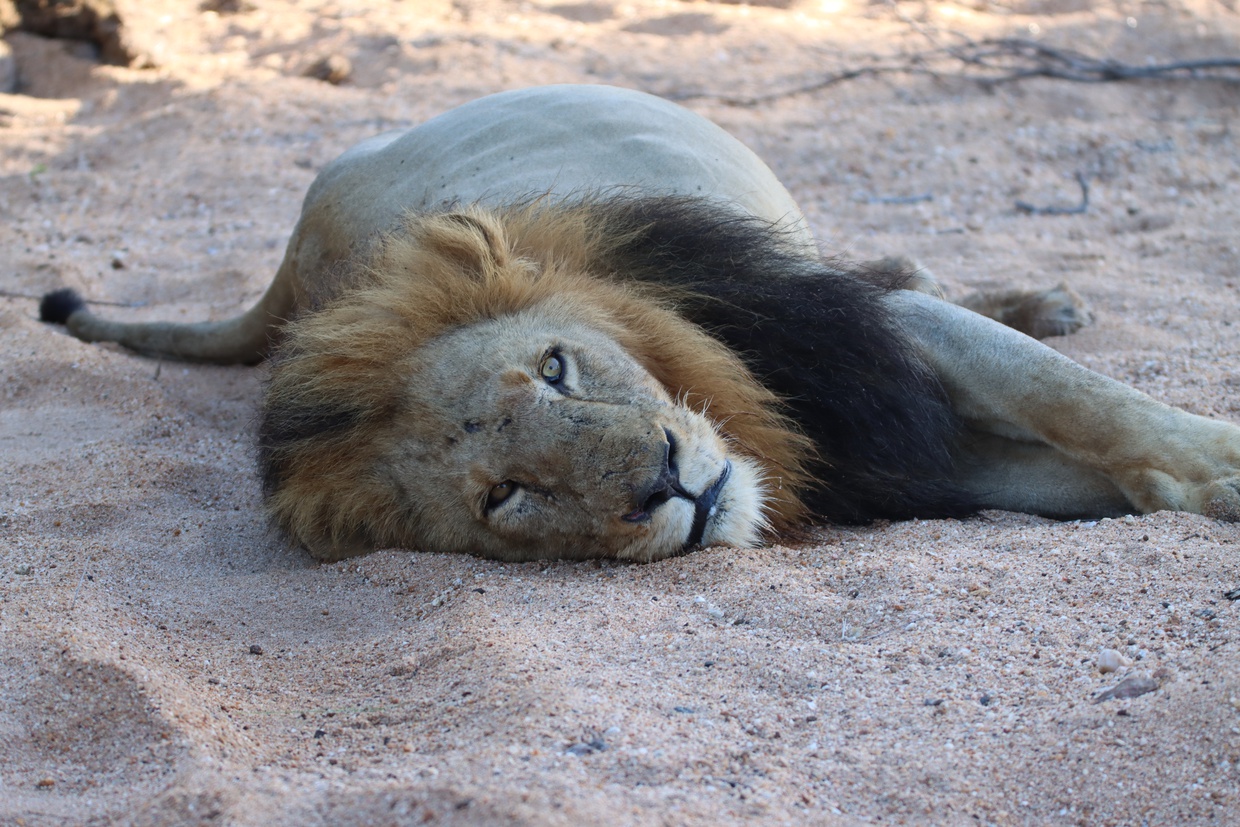 Thank you for reliving this wonderful experience with us.

What an amazing sighting, all in one spot.