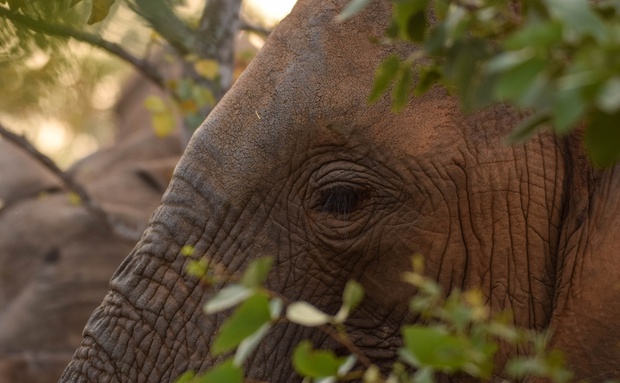 Welcome back to another exciting update on our adventures here in the Klaserie Private Nature Reserve. I will be covering all the exciting things that happened over August…

All images in this article were taken by Adrian van Zyl & Cherié Bredenkamp, our Assistant Managers.

The winter air is slowly fading away, but it’s not gone just yet. So, we can still enjoy this unique winter bush, as well as guilt free hot chocolates and hot water bottles to snuggle with on the morning game drives. 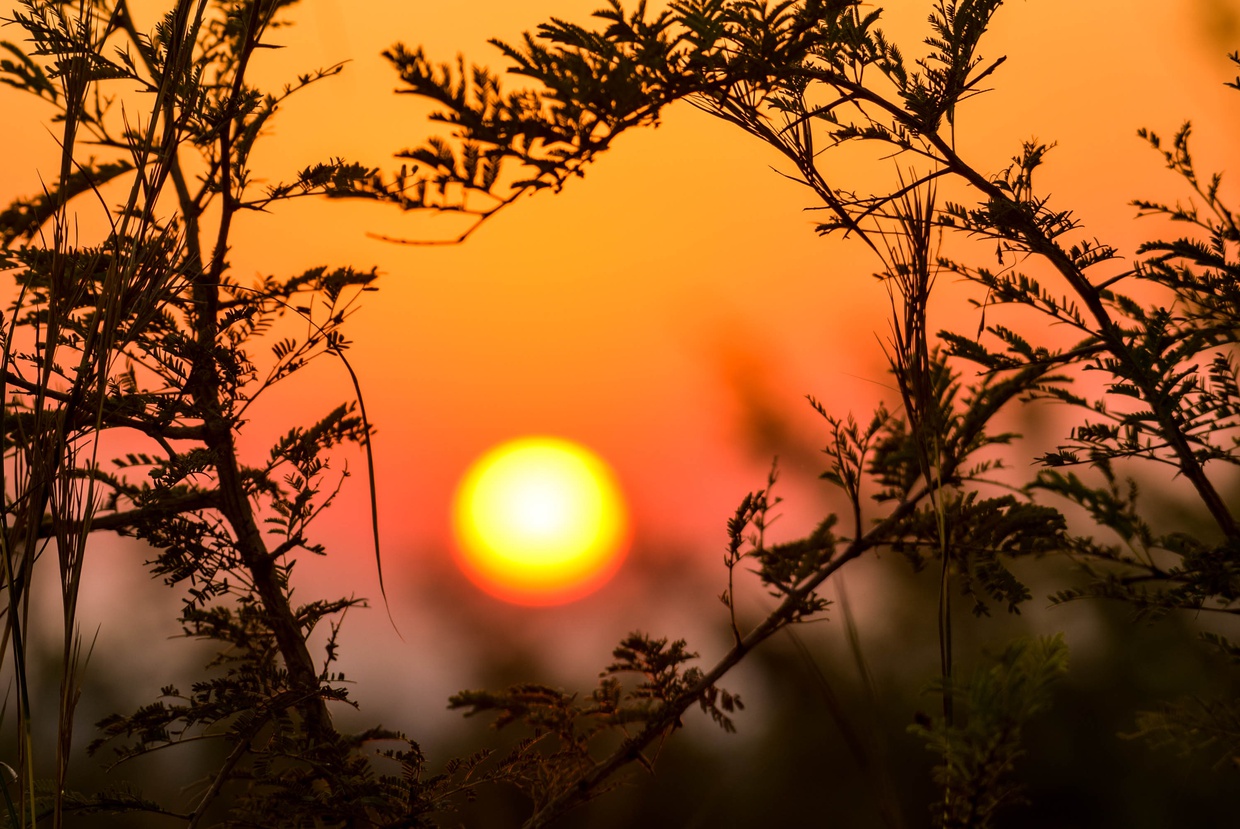 With the winter bushveld, we are more prone to amazing leopard sightings in terms of activity and visual clarity. And that was exactly the case with this next sighting. The staff at the lodge heard some audio of growling and called it in to the guide on drive. After some searching and tracking, they found the 2 leopards in the riverbed just below the lodge busy mating. This is a very rare behaviour to witness, which makes it very special. After a while the leopards moved along straight into the camp walking pass all the staff. It was such a special experience for not just the guests, but the guide and staff too.

Another amazing sighting for the books, took place in the middle of night while everyone was asleep. The first thing we heard was the mischievous laughs of the hyenas running around in camp, and that’s an indication that they are up to no good. Some of our guests also woke up to see what all the commotion was about, just to find a leopard with a kill right outside the room and the hyenas trying to steal it. Now I wouldn’t mind waking up to that any day. 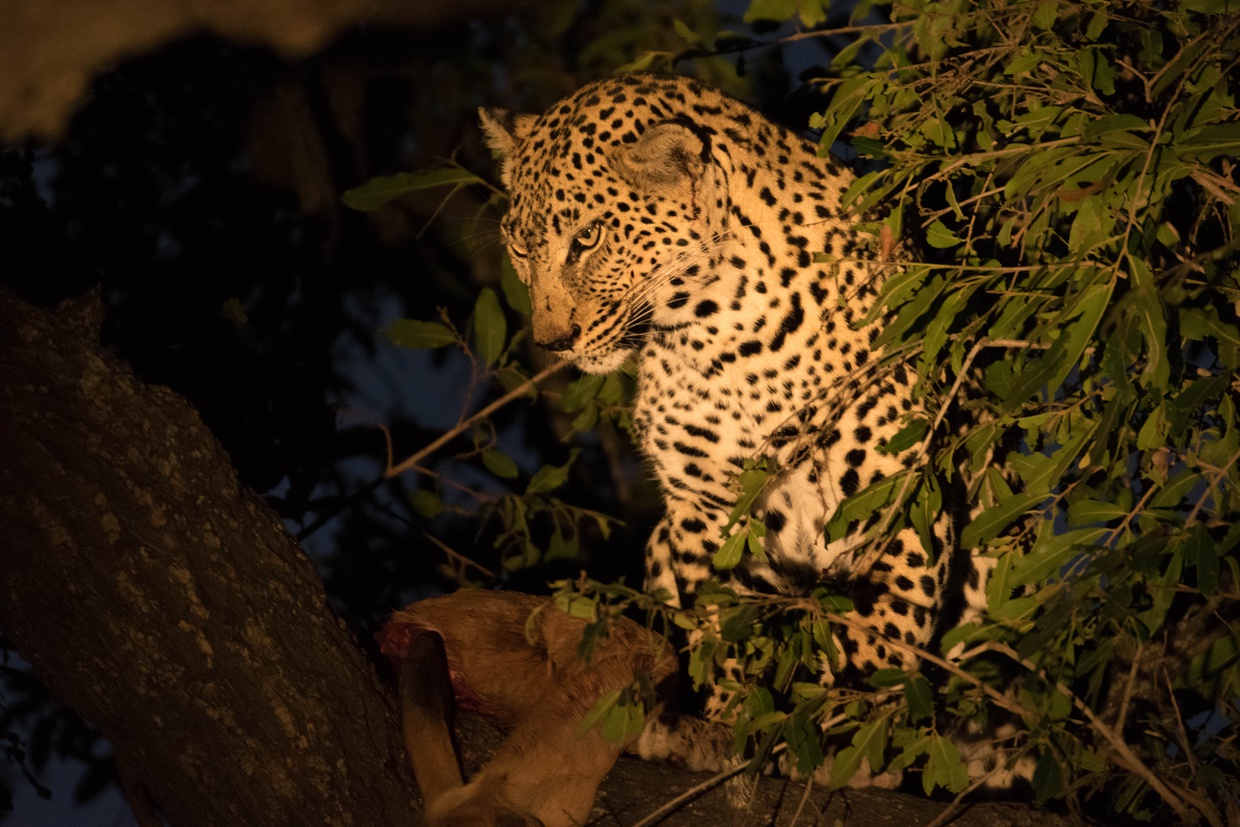 The super pride of 28 lions did not disappoint in the month of August. At first, they were found on a young elephant kill. It was so nice to see the young cubs feeding as well, as this was such a big meal and there was plenty to go around. Some cubs were even inside the rib cage while others ended up napping on top of the elephant. The location of the kill was located quite close to the river, so as some lions were busy eating, the others would head down for a drink and nap along the river. This big pride absolutely devoured all the meat in less than 3 days which lead them to their next take down. Not even 3 days later, the same pride hunted down a big buffalo. This is a true testament to the strength of this amazing pride. 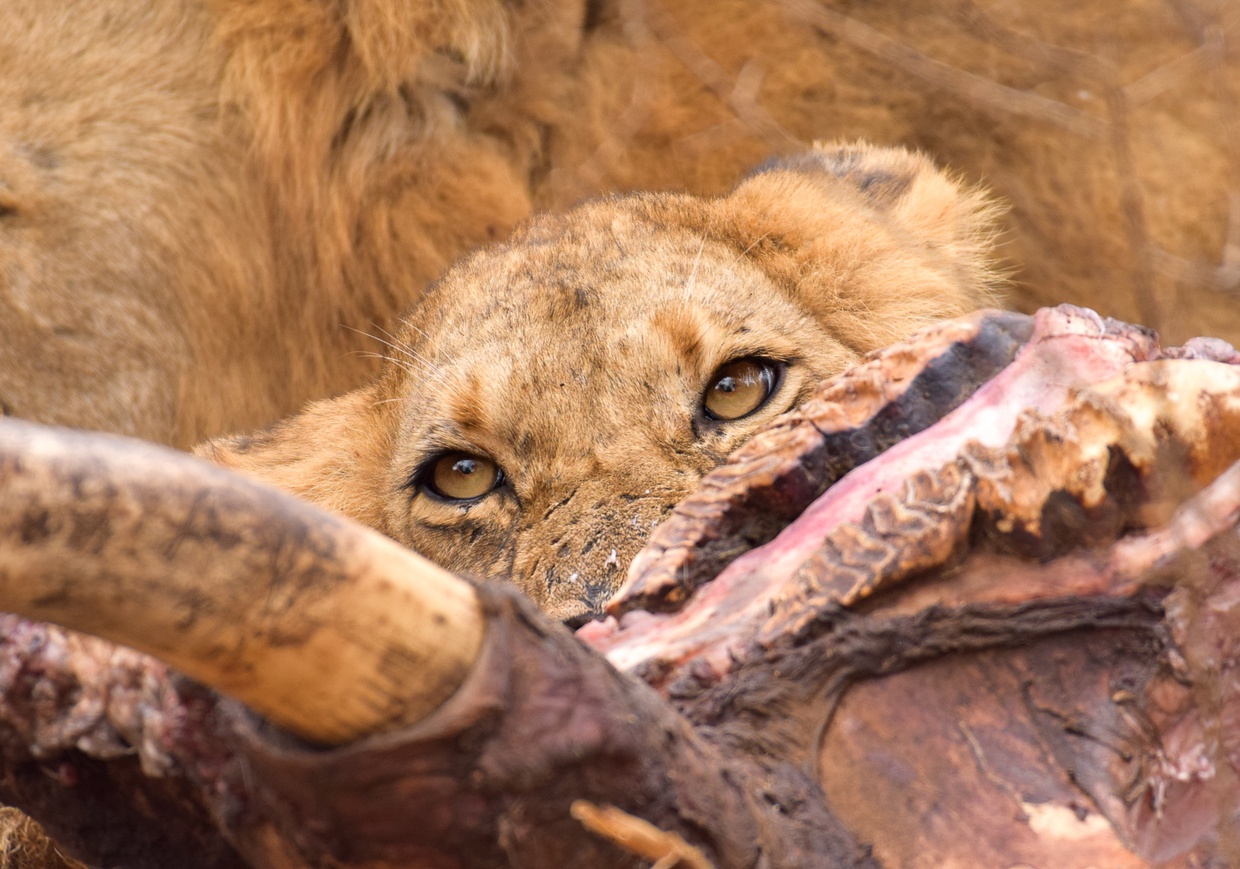 The elephants have been quite active around the lodge area. The one day we had an entire herd come through the camp, feeding from our garden, and drinking from our swimming pool. And we could just sit back and enjoy from the camps porch. This was such an amazing opportunity for our guests to experience these beautiful gentle giants from up close.

Another amazing encounter was from our famous photographic bunker, Ithumbela. It is so special to be able to watch an entire herd of elephants come down for a drink and you are just a stone throw away, hidden in your own bubble. You can hear every single footstep, grumble, and slurp of water. A true out of this world experience. 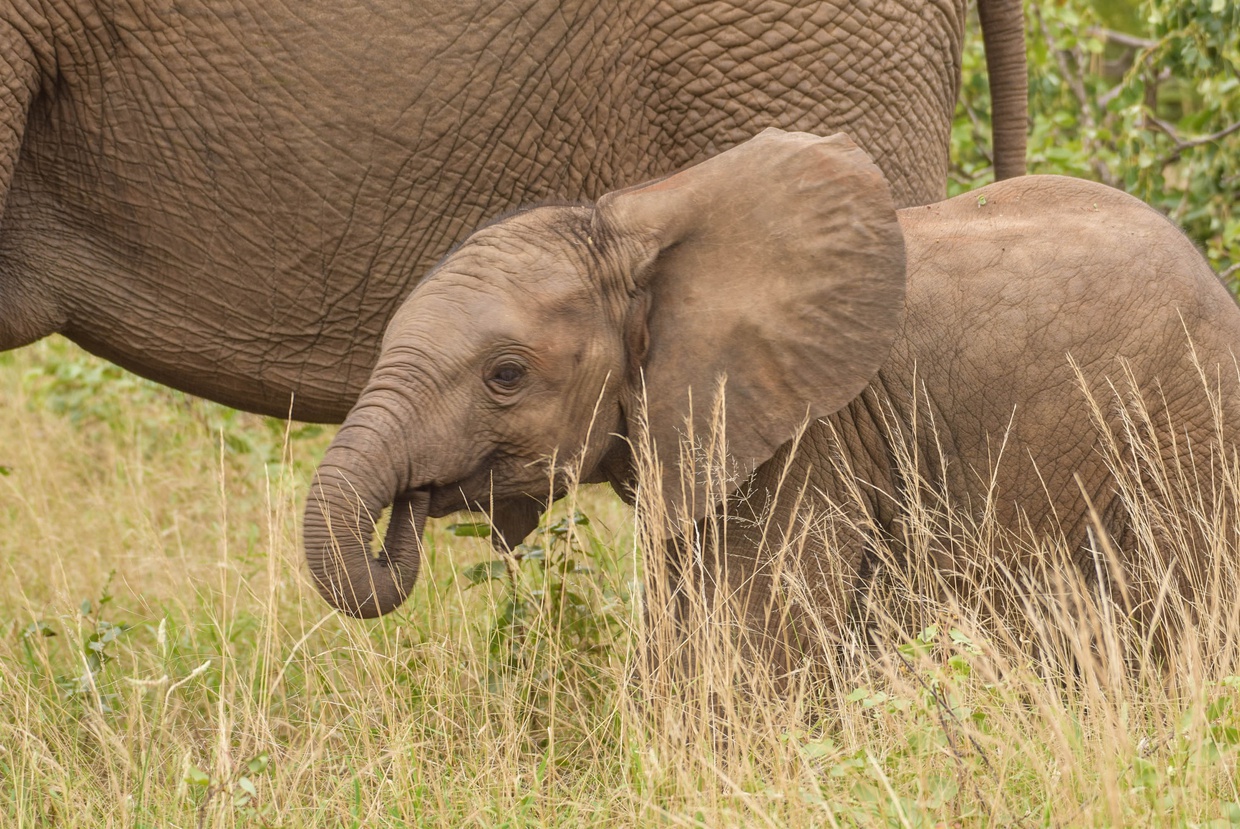 Hyenas have various audio calls that they make which mean different things. But when they start with their evil giggles in the middle of the night, we knew they were up to mischief. As we headed out, we found them running around and through the camp with big chunks of meat in their mouths. Clearly, they had a kill around the camp.

There is also a clan of hyenas that like to hang around Ithumbela and we recently noticed that the one female is quite pregnant. Therefore, we expect some amazing future sightings of hyena cubs. 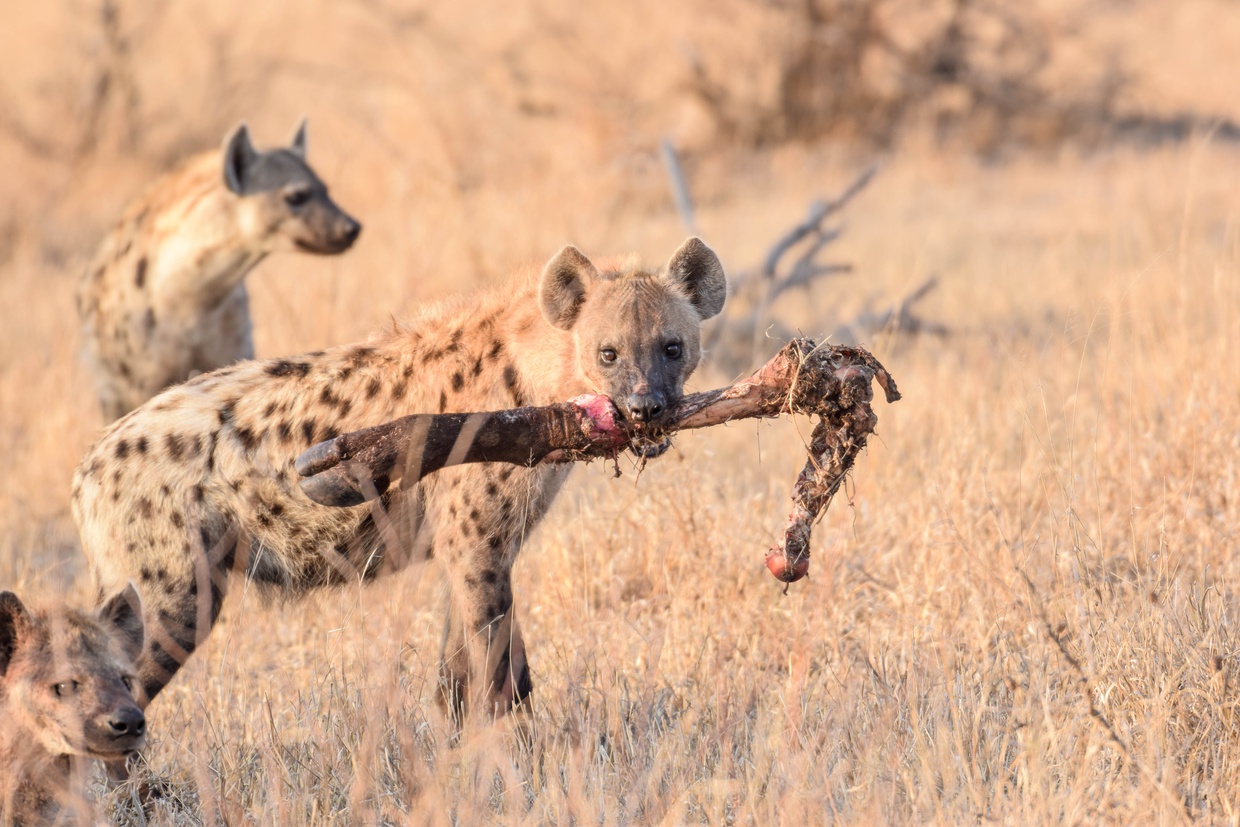 It was a cloudy overcast day, which some people believe to be perfect wild dog weather. And that was exactly what happened that day. We were fortunate enough to have a very quick sighting of a few wild dogs that came running past our game vehicle. Clearly, they had split up with their pack as they were on the hunt. And right on their tails were a couple of hyenas following them. We lost them after that but could hear some audio further in the bush sounding like a confrontation amongst the wild dogs and hyenas. 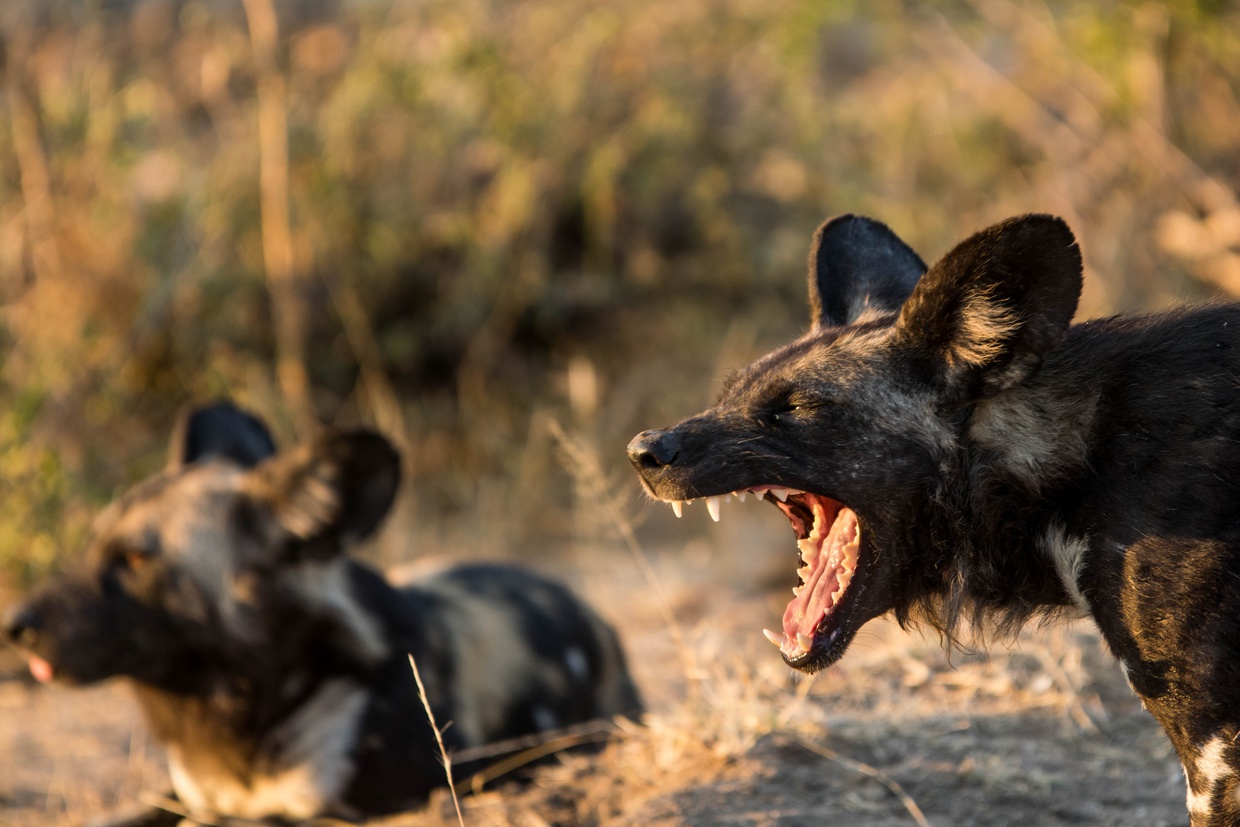