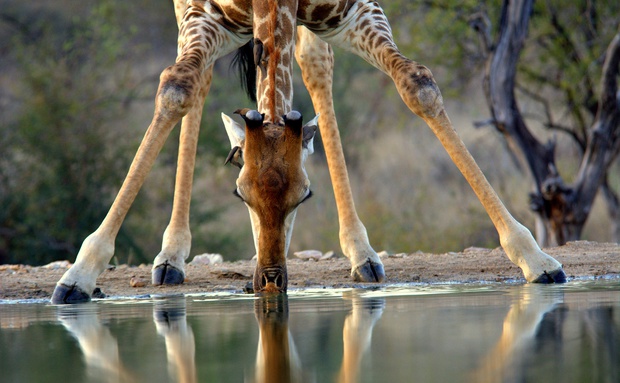 The mornings are chilly, AD and I have been wearing 2 shorts and gloves for the morning drives, it does however warm up very nicely within the first hour. We still advise our guests to wear a nice warm jacket in the mornings and to tuck the hot water bottles right under the jacket, almost cuddling with it.

The days are pleasant though with temperatures still reaching mid to high 20‘C which is a beautiful summer day in most European countries, some guests are even starting to spend their days around the pool and in the pool. The night sky is breathtaking as always, sitting around the boma fire in the evenings is an absolute joy, chatting away, listening to the evening sounds and appreciating the still quiet beauty nature has to offer while enjoying a drink. Game drives have been great and the bush has thinned out a lot.

Leopard sightings have been really good, throughout the traverse. We had quite a few sightings of Manzi and the youngsters. We are also very happy with the presence of Shivindzi (the daughter of Manzi) around the lodge, she has been very busy moving around the lodge and even drinking from our pool during daylight hours. The new more skittish female with a notch in her right ear has also been moving around the lodge watering hole and the main road leading to the lodge. With water now becoming scarce, we have seen lots of leopard movement between Malembeni and the windmill pan, the beautiful young “greened-eyed” male has been seen using that route to move north on a few occasions. 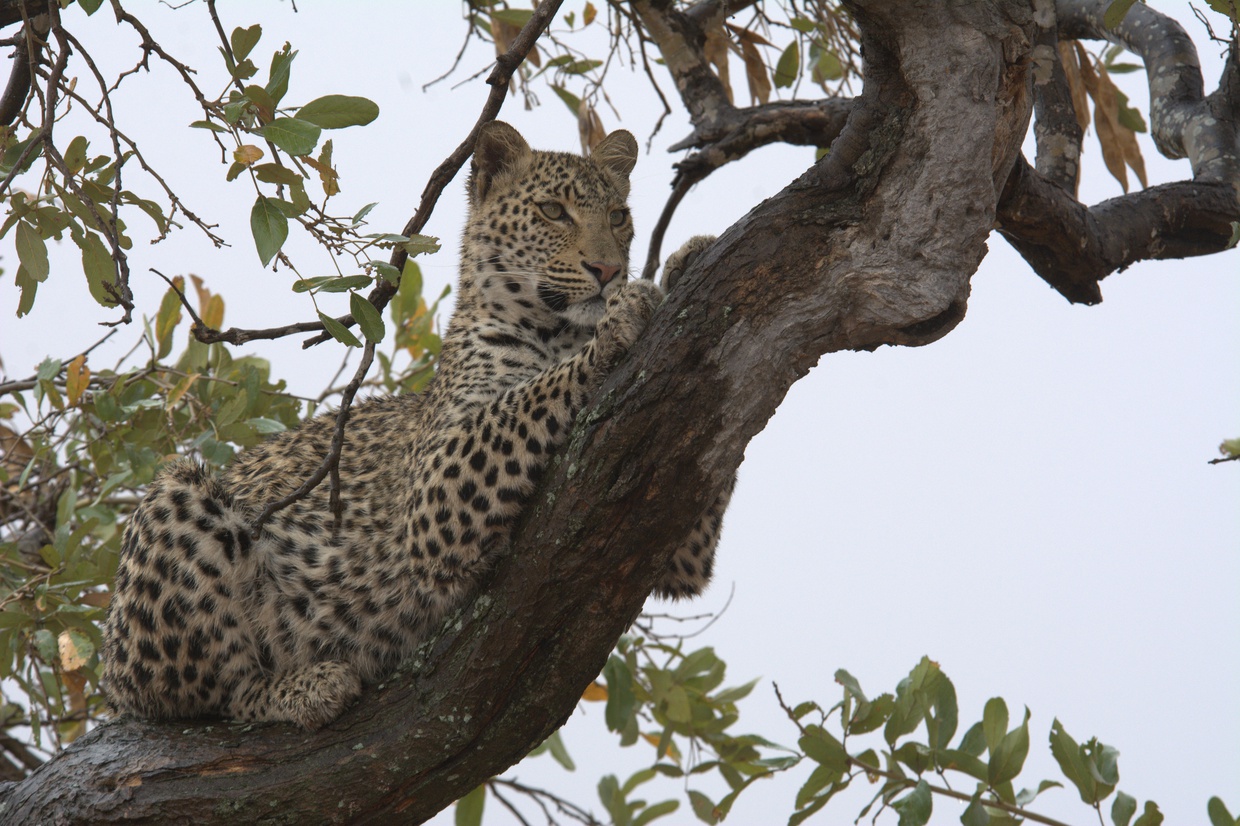 Lion sightings have been very good. With the many bellies to fill we still see them splitting into 3 or 4 groups, so we have been finding tracks and sightings all over the traverse. The female with the 3 smallest cubs has been doing really well, they have joined up with some of the others and are covering quite a bit of distance, getting the youngsters nice and strong and feasting with the pride.

The larger of the sub-adult males are getting nice and big and their hormones are definitely starting to kick in, as they are trying to mount some of the younger females in the pride, unsuccessfully though. Time is slowly ticking before they are going to get pushed out.

The western pride has been active yet again to the western section of our property, getting more and more confident vocalising and scent marking and are now more actively following the route between Malembeni and the Windmill Pan to the north and cutting back southwest again. 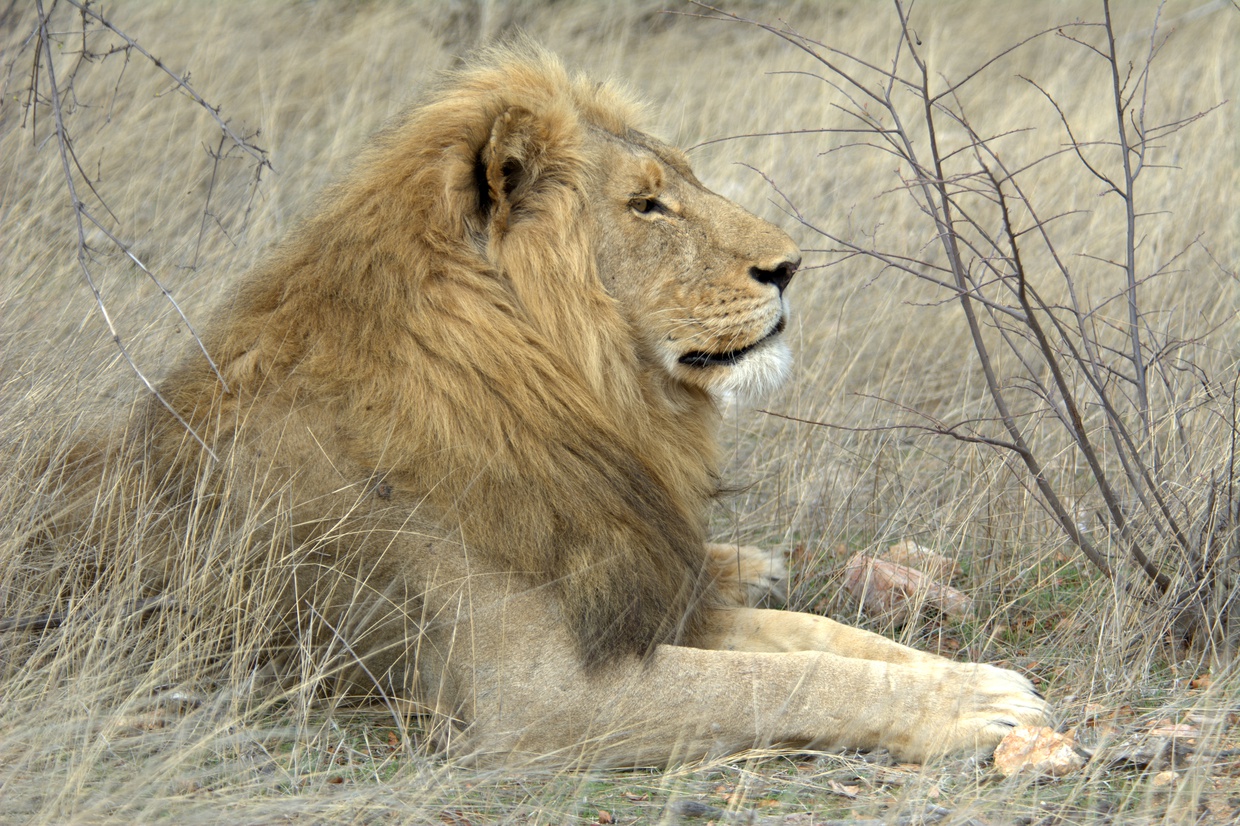 Elephant sightings throughout the traverse have been very eventful, they are all over and with water levels in the main river dropping, the lodge pan has been a popular hangout spot again. Even nice large herds of between 60-80 individuals have been seen around Malembeni, making our photographic bunker, Ithumbela, a hot spot for close-up eye-level photography.

There are plenty of babies around, providing lots of entertainment for both us and guests on the game drive. 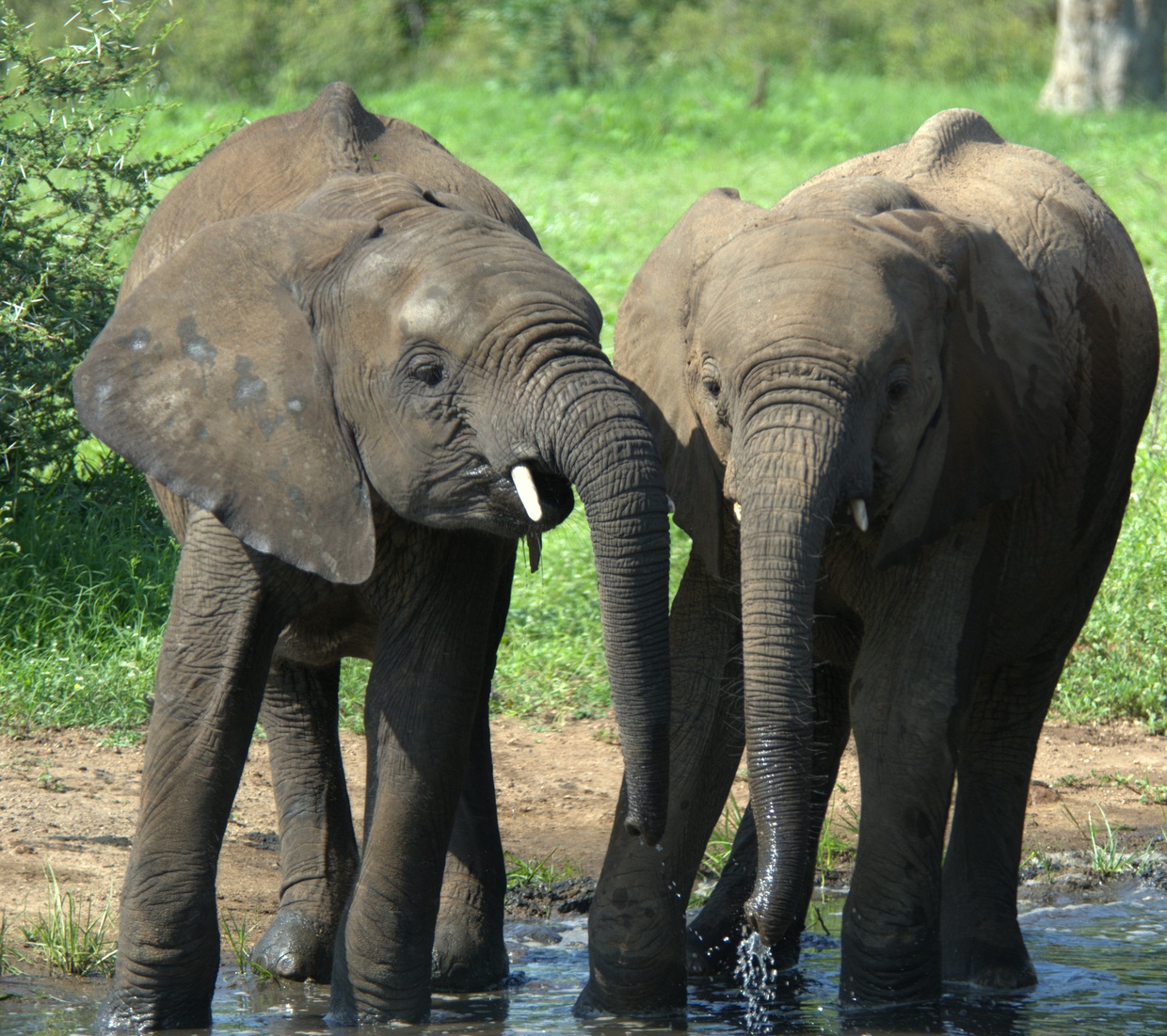 Buffalo herds have been busy one week and quiet for the next two again. We have seen a very nice large herd of 200+ buffalo coming in from the east and drinking at the big dam, situated on one of our traverse properties, before pushing back east again. The dagga boys have been around the lodge pan and river system, but they have given us some really good sightings, feeding up and down the river system. 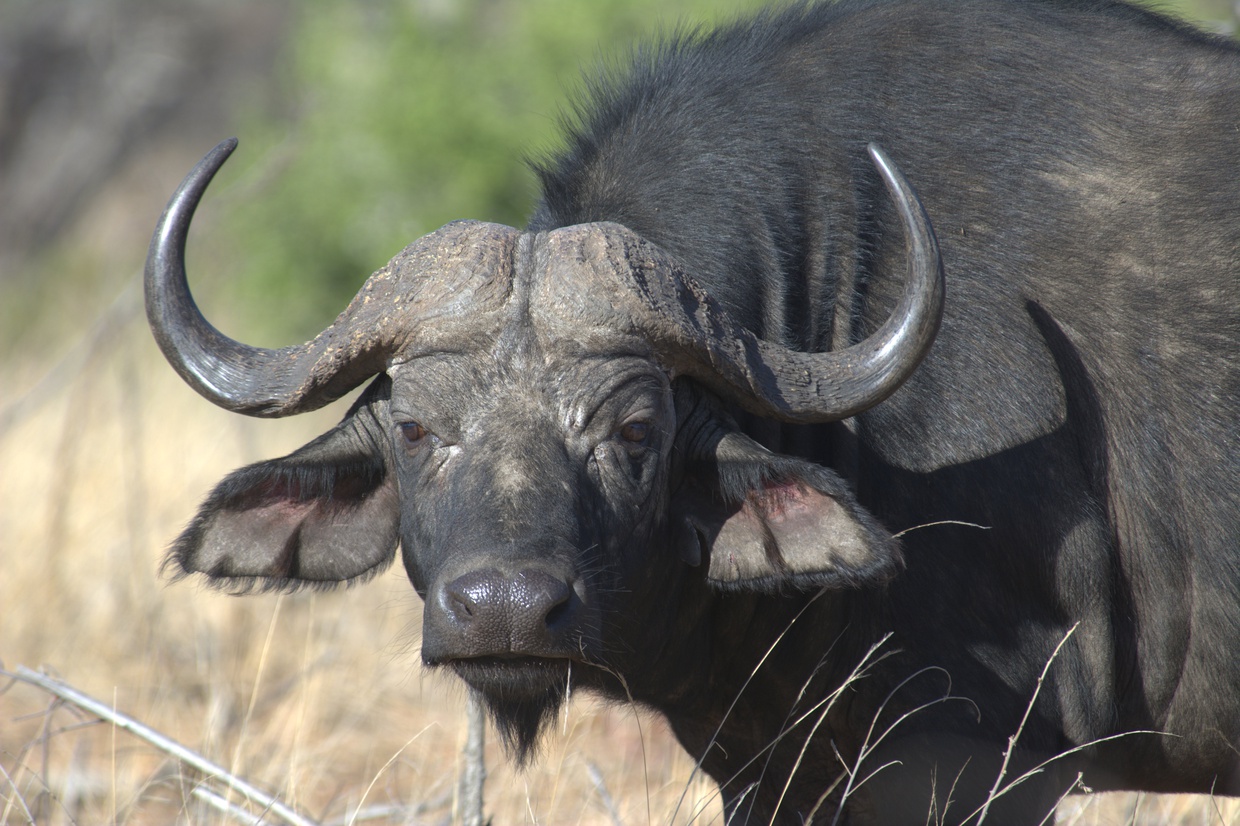 Sadly, the hyena clan around Malembeni have moved their den site slightly more south, with the more often presence of the western pride. We are still very lucky though, doing sundowners at the very popular Malembeni, they do show themselves almost daily with the last light as they come for a drink before disappearing in the night light. It still remains a guest highlight when we go stop at the dam and the guests get to watch these animals up close and learn about their social and curious behaviour. 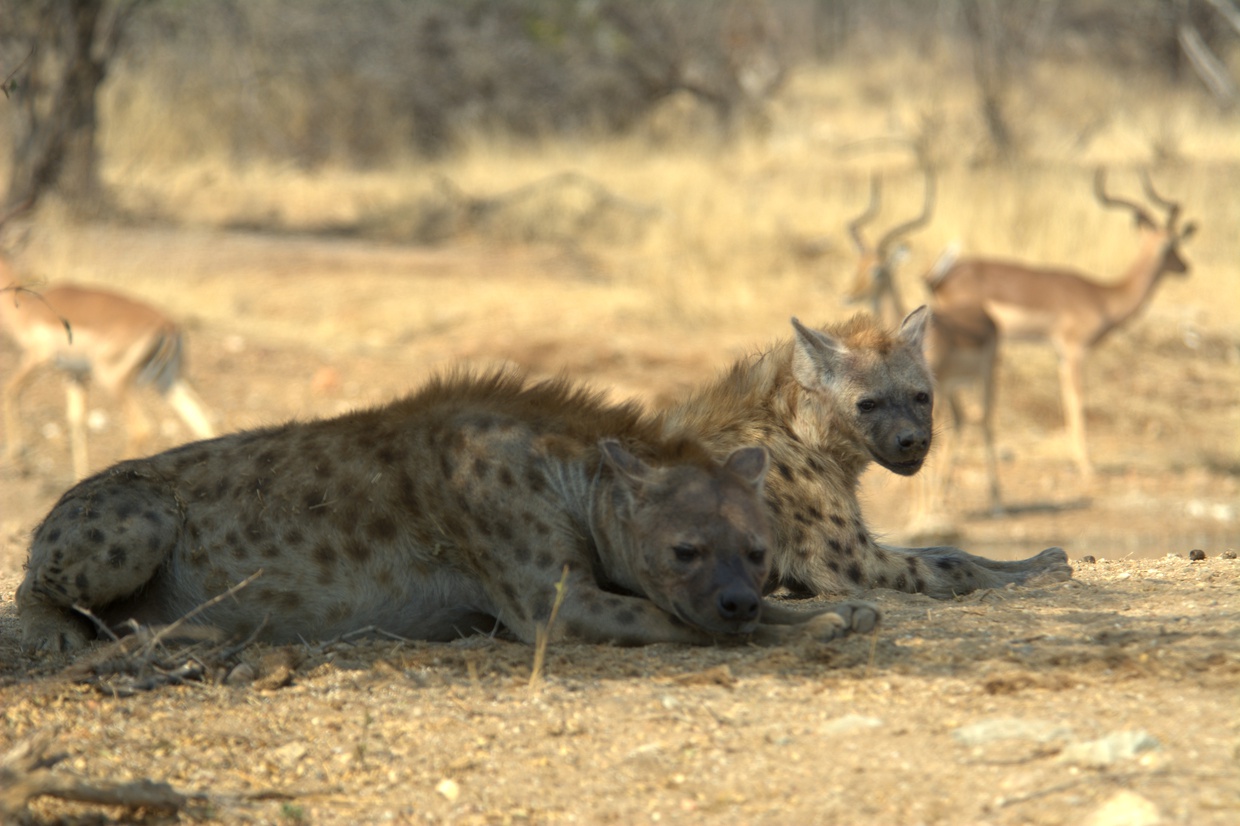 The highlight of the month:

There was definitely 2 this month, a small pack of African Wild Dogs to the east of the traverse, we have not seen any youngsters yet.

Secondly, a female cheetah made her appearance and was around 3 or 4 days, which is a sighting we do not see a lot of in our part of the KPNR. In my nearly three and half years in the Klaserie, I can literally count on one hand how many cheetahs I have seen. She was so relaxed and it was such a privilege to spend good quality time with this stunning lady. We were even lucky enough to watch her one morning trying to hunt an impala, she was about to flank around and had the wind perfectly in her favour, the impalas had no idea of her presence, then suddenly a tiny steenbok ran out of the long grass and gave her position away. What an amazing sighting! 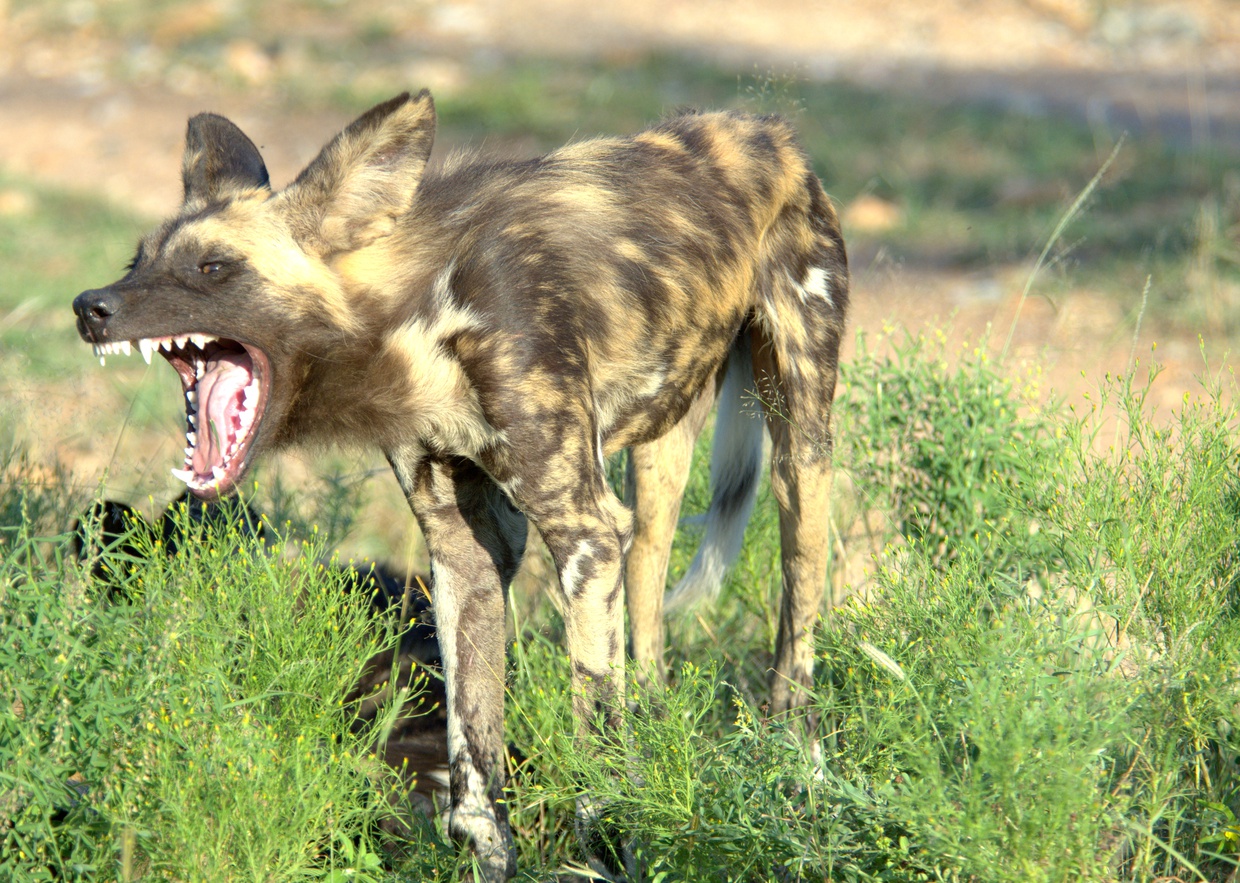