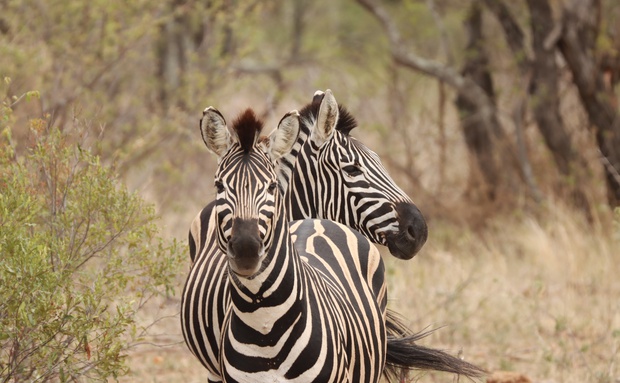 I will be covering all the sightings we had during December 2022.

We have reached the end of 2022. We’ve had a great year and we feel privileged to end it off in this beautiful place called home. We’ve had our first good rain this season and with it being so hot and dry, animals have been everywhere, especially around Makumu. All the waterholes have abundant wildlife and birds lurking around on these hot summer days. We just went to go and sit around the waterhole and wait for the animals to come to us. The lodge watering hole was also extremely busy with animals and guests are being kept busy the whole day with animals coming and going, from tons of giraffes to big groups of elephants, even rhinos! Lets’ look into some crazy wildlife sightings below…

All images in this article were taken by Stefan Breuer, Owner and Ruan Ferreira, General Manager.

Leopard sightings have been brilliant, throughout the traverse, especially around Makumu Lodge. We had quite a few sightings of Manzi and the youngsters down by the river as well as of impala kills. This time of year presents many easier opportunities with so many baby impalas being all over the place. Shivindzi has been all around the lodge, she too has been very successful making kills on a regular basis within close proximity of the lodge and using the lodge watering hole for a drink. We have even found the youngsters of Manzi on a kill or two by themselves, this is a great time of year for young predators to learn and master the hunt. The young male is still moving between Malembeni and the Windmill pan, even though most of our sightings of him have been around the Windmill pan. 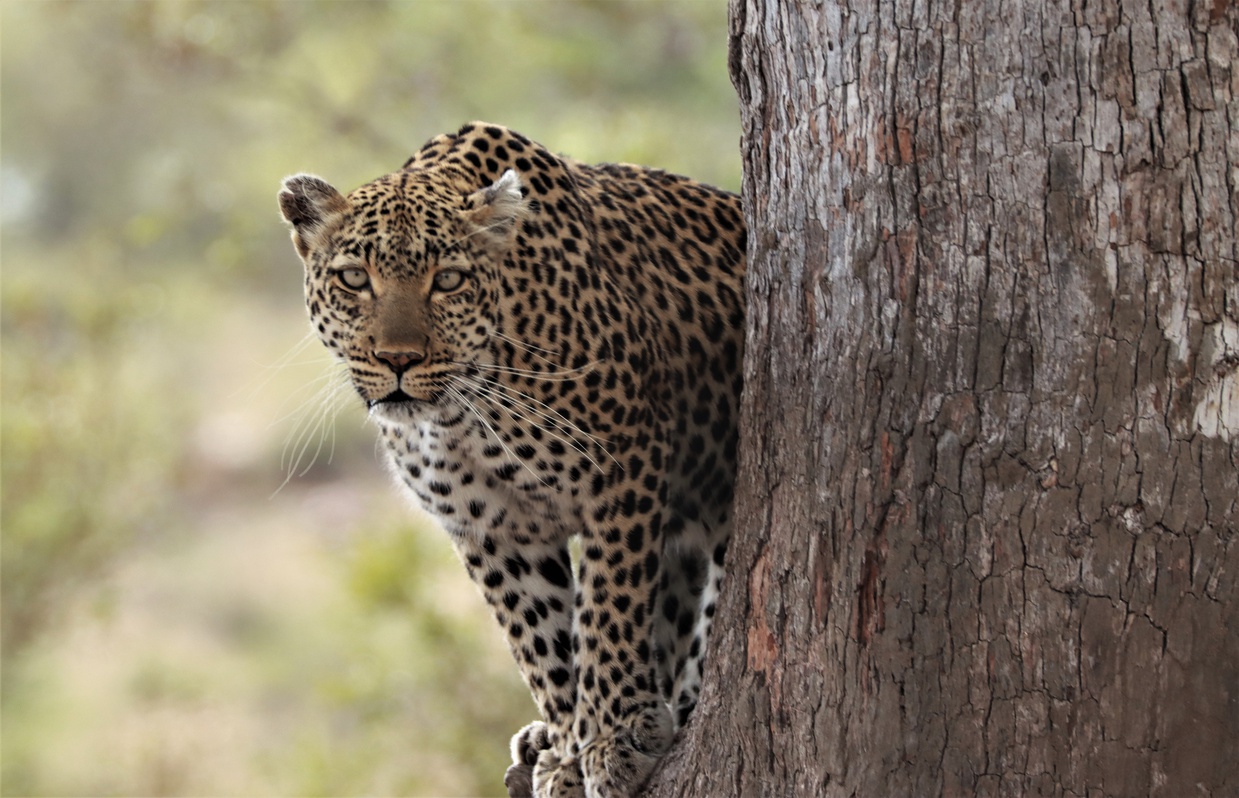 Lion sightings have been up and down. They keep on splitting into groups of two and three. It has been reported that the large males have cubs with a different pride up north and they have been spending most of their time in that area. They are coming down every now and then showing their dominance over the river pride females and young sexually mature males.

Something very interesting happened fairly recently, where one of the older young river pride males mated with one of the females with the large males not being present, it was very short, so the female could have possibly been in a false heat. We will keep an eye out over the next few months, even though I personally believe that he has been unsuccessful, let’s see if he can prove me wrong.

We also had very nice sightings of the western pride around our windmill pan and to our travers up north, they are all still doing very well. The males are just past their prime, and the youngsters are growing up nicely. 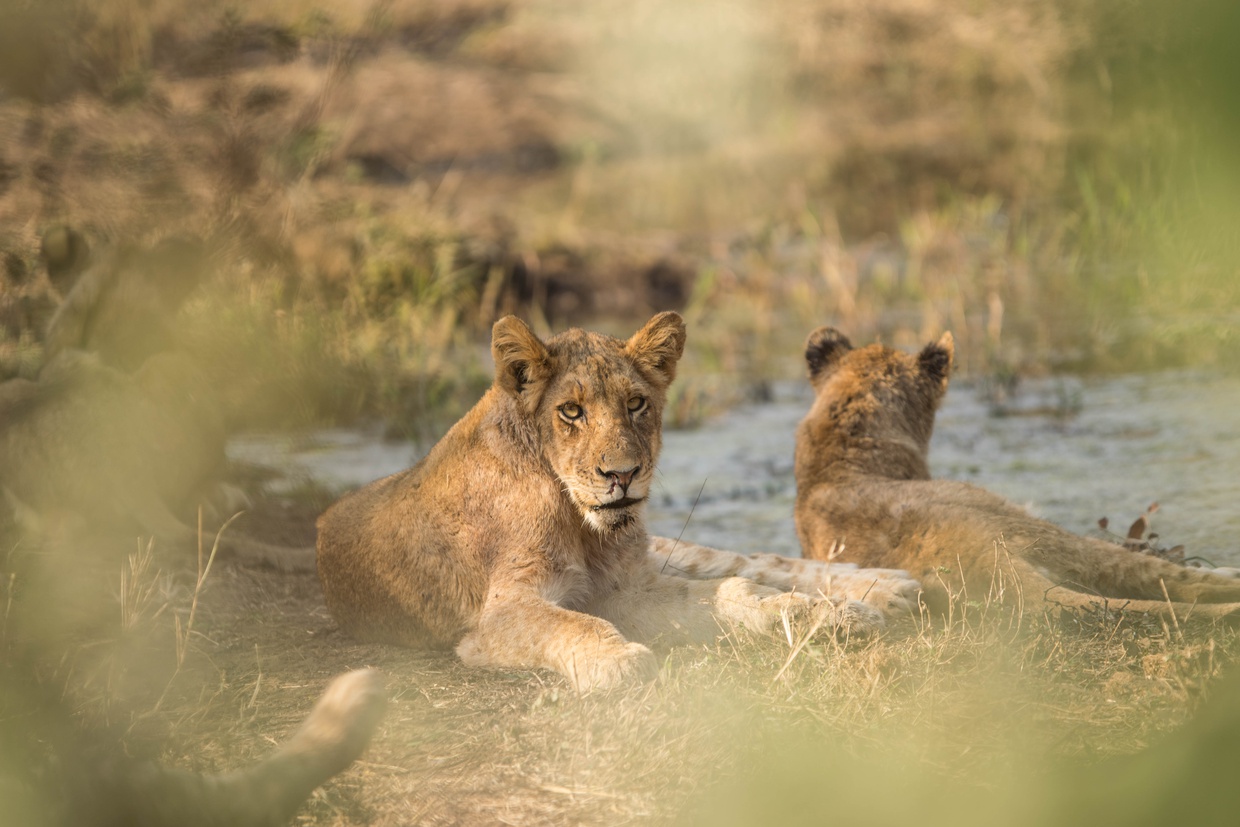 Elephant sightings throughout the traverse have been very good. The lodge pan has been a popular hangout spot once again. Elephants have been coming and going, from young bulls to breeding herds and even a very large individual or two. They have been around every water source on Makumu. We received very late rain this year, so now the movements and routes have changed again with water pools being everywhere and the bush getting dense and green very quickly.

There are plenty of babies around, providing lots of entertainment for both us and guests on a game drive. The photographic bunker has been an absolute gem, with so many different species of animals right throughout the day. Making it a photographer’s dream. 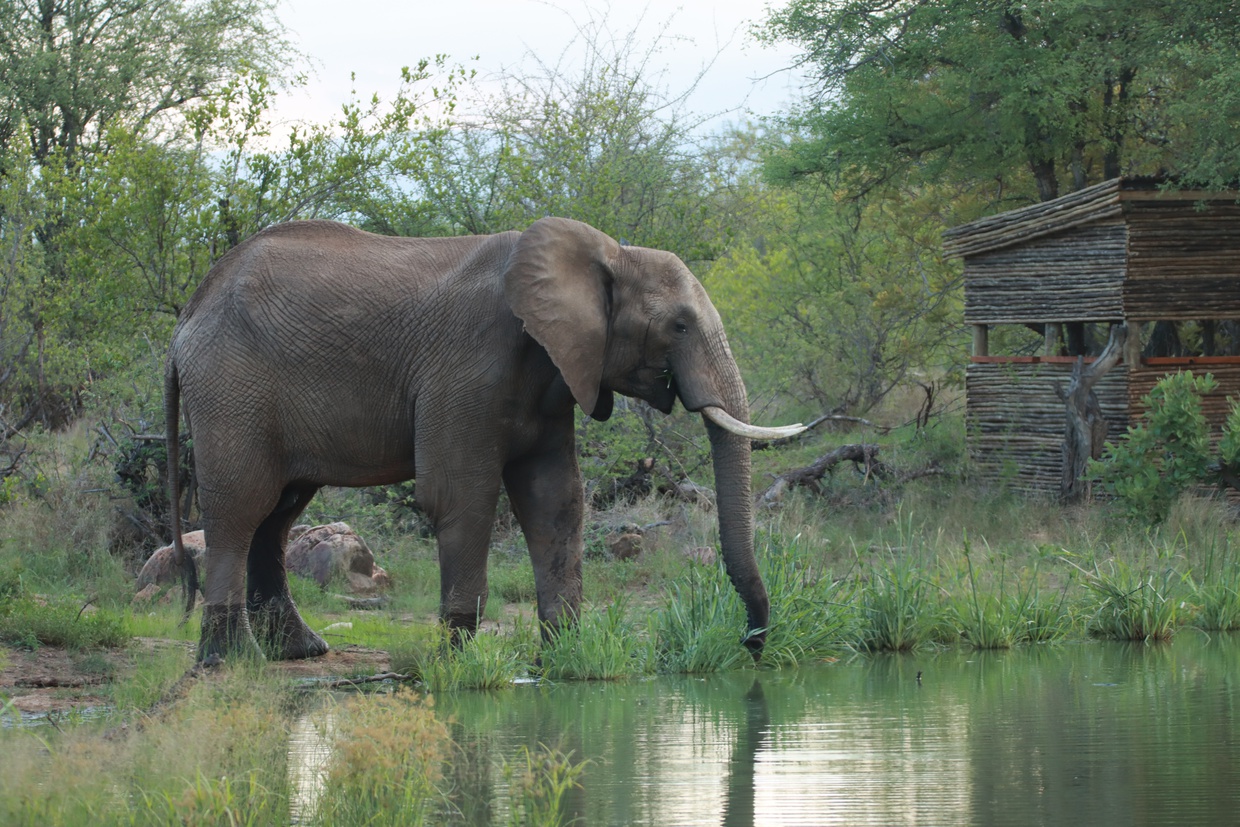 Buffalo sightings have been very good, with the heat and late rain, they were walking up and down the river which held its water very well, using the dense reeds for shelter and the cool narrow stream to cool down. The dagga boys have been around the lodge pan and outflow of the pan, wallowing to keep themselves cool. They did however get chased away by the elephants a few times, and no one argues with an elephant, you just make space. 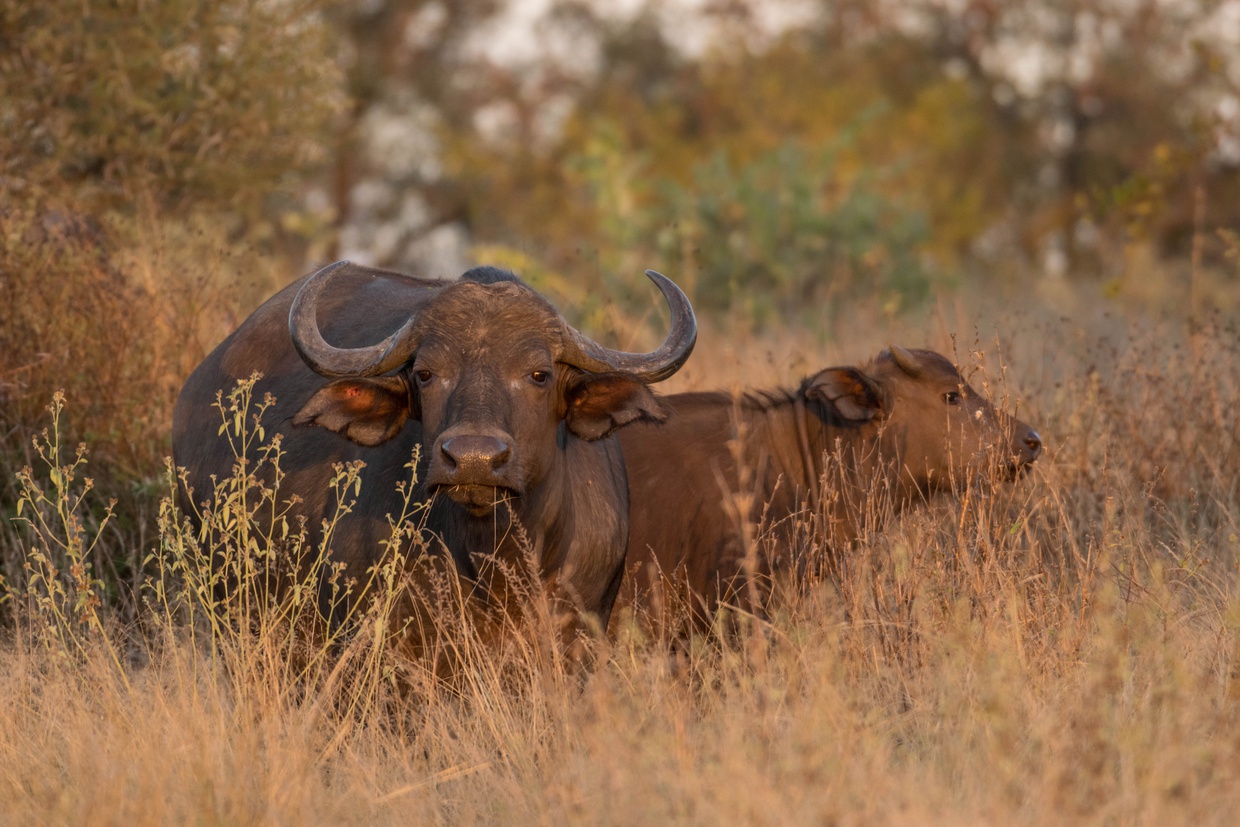 The hyena clan around Malembeni is still around, even though they have been very active around the windmill pan as we have had many wild dog sightings in the area. Also with the western lion pride making kills in the area, that has sort of been their hangout. The dogs have been moving between Malembeni and the Windmill, so hyena activity has been brilliant between the two watering holes. They still come and join us for drink stops, which is always a guest highlight, as so many people fear them because they don’t always understand them. 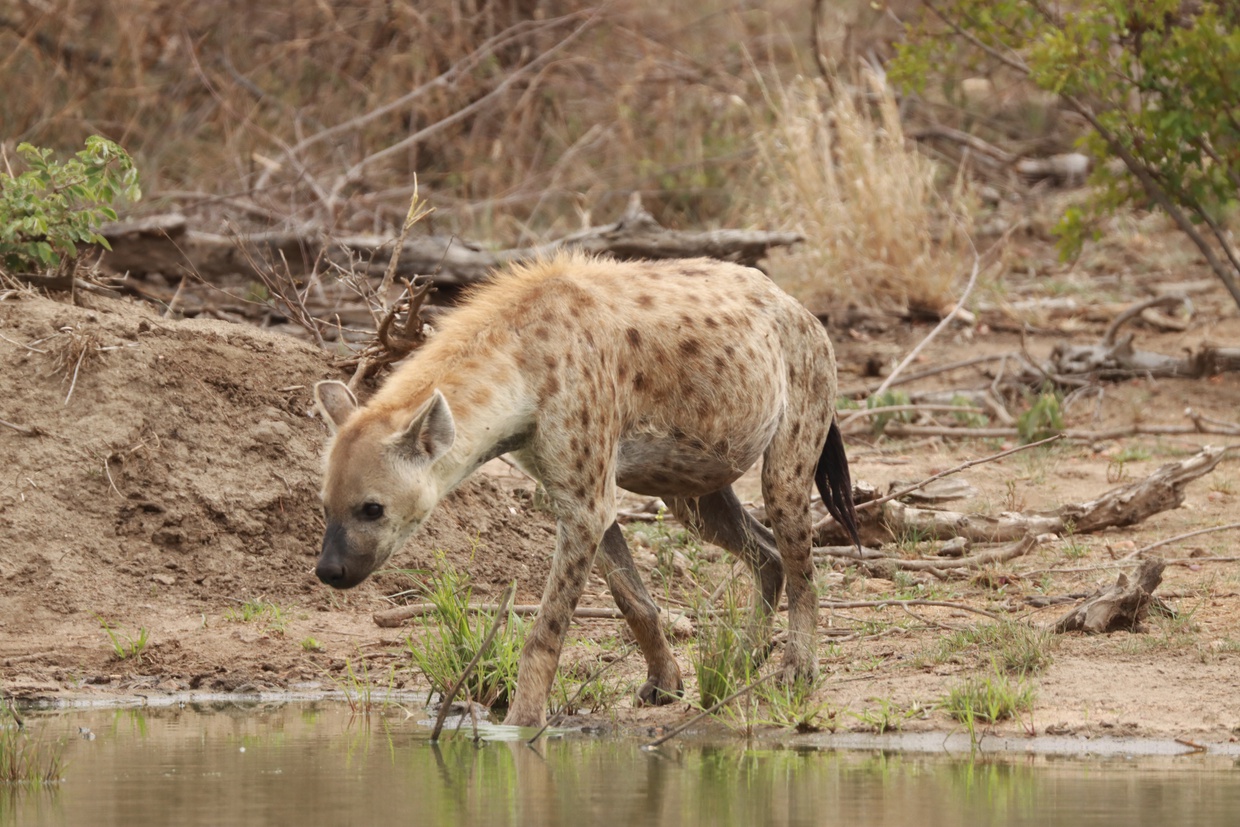 The highlight of the month:

This was my personal highlight and I honestly don’t even know how to put this into words. I was in the photographic bunker for two days with a photographer (Zali Photography) and we had a blast.

We sat and waited very patiently, I showed him videos of some sightings I have had in the bunker before, the specific video of elephants walking past so close that you can not even photograph them. The next moment from my corner, ELEPHANTS and exactly what I showed him on the video he got to experience. We’ve had 3 different elephant herds come past, zebras, wildebeest, warthogs, impala, kudu and what must have been 25+ giraffes and several birds.

We went back in the afternoon during game drive time, we once again had epic sightings. The next moment I heard a zebra alarm across the watering hole, the giraffe started staring, and we knew something was up. The next moment a wildebeest came running past the bunker and then an impala in full flight. Our hearts were beating so fast with all the adrenaline pumping, wondering what is going on. I thought wild dogs, I was so curious I wanted to peek out the door but decided to peek out the small side windows. I turned smiling, and shivered as I saw a huge male lion approach from the back, even Zali had a grab or two, maybe three at his camera, there was so much adrenaline. Then a second male lion, then a third, all about 10-15m away from us, drinking water. The next moment the females appeared across from us; it was spectacular.

We were left speechless, thinking this can’t get any better, then out of nowhere a rhino came for a drink and stood drinking between the females and the males, not a care in the world. The one male lion actually stood up and moved our way, and that is when he noticed us, we stood still inside the bunker, he must have been 5-7m away from us, you could clearly see his lenses in his eyes. He then slowly turned around and moved away with the pride and went lying down just south of the bunker in a clearing. The rhino also slowly moved away; we could not believe what just happened. Words cannot describe our emotions. 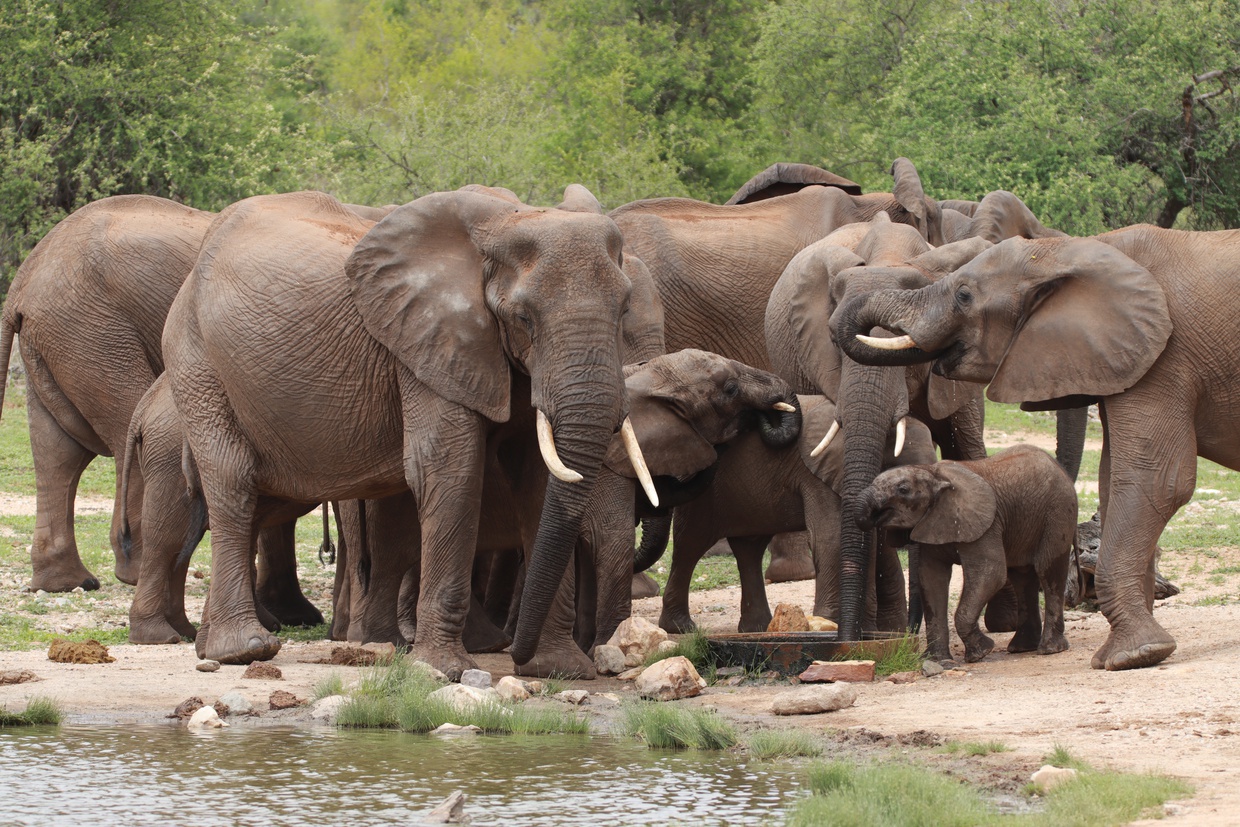 We are ending the year with this amazing experience and we couldn’t be more grateful.

Have a wonderful festive season from all of us here at Makumu!
Ruan