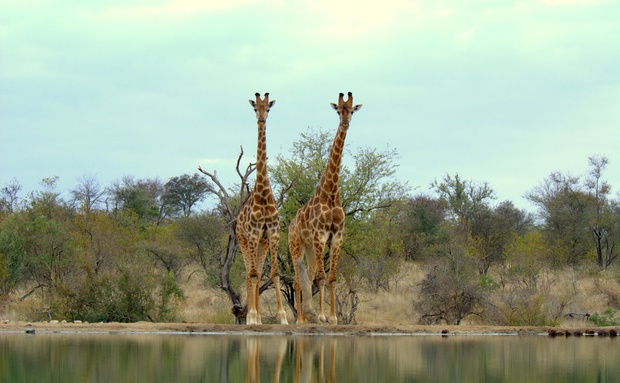 Welcome back to a chilly, yet exciting update on our adventures here in the Klaserie Private Nature Reserve. I will be covering all the thrilling sightings that happened during July 2021.

All images in this article were taken by Ruan Ferreira, our General Manager.

We are right in the middle of winter, the mornings are crisp, which means it is that time of year (hot water bottles, blankets, gloves and a nice warm tea, coffee, or hot chocolate). The sunrise is beyond spectacular, throwing its orange rays over the rusty brown and yellow winter colours. Most trees have dropped their leaves, the grass has thinned out, even though there are still plenty of food and water around. The days are pleasant as we still average temperatures in the low to mid 20ᵒC.

Game Drives have been spectacular, with the bush that has thinned out, it makes game viewing a little easier. With that said, don’t be fooled, lions and leopards blend in perfectly with the yellow winter grass colours. Waterholes have been quite productive as all the wallows have dried up. The Klaserie River still has a narrow stream of cold clean water, making it a great spot for game viewing and the area is breath taking. 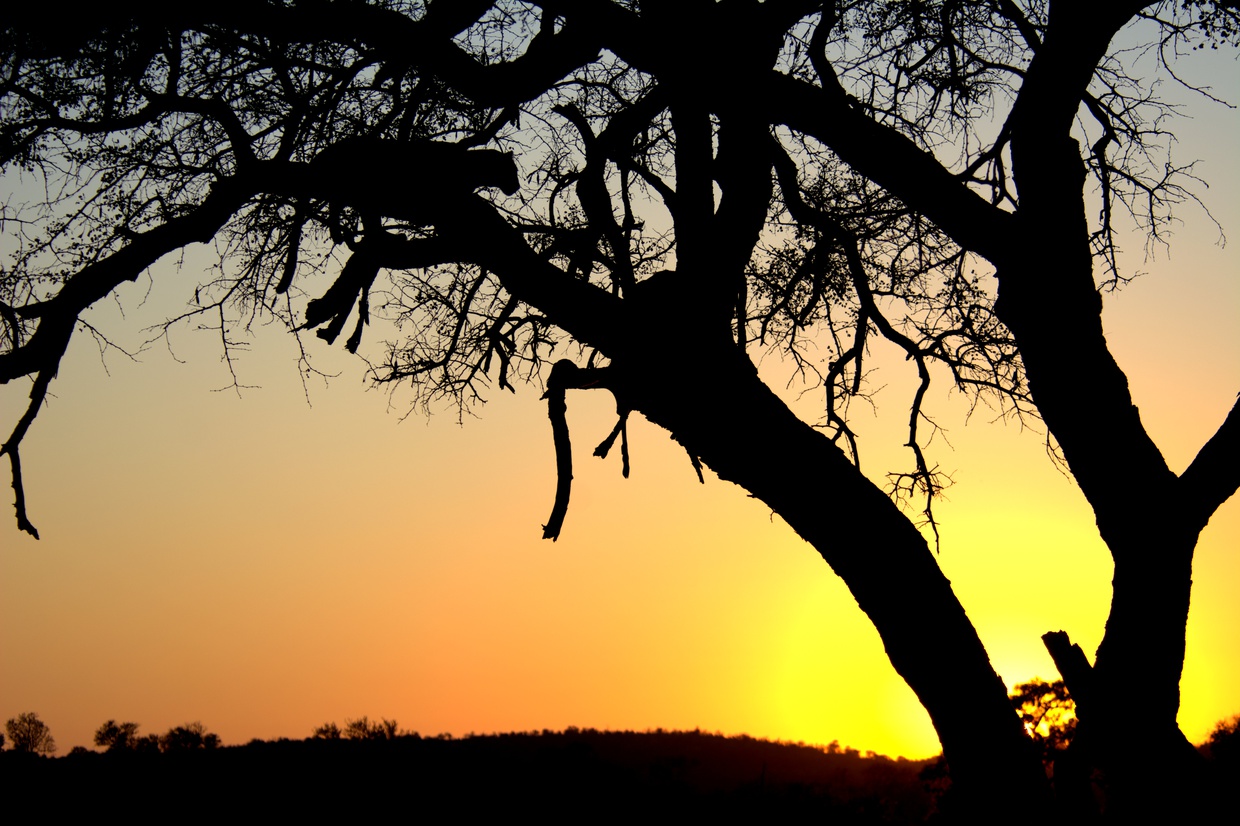 We have had so many different visitors around the lodge from baboons, vervet monkeys, sharpes grysbok, impala, zebra, giraffe, and elephants. The vervet monkeys have been great scouts enjoying the height advantage of the lodge rooftop, giving us alarm calls whenever they spot leopard movement down at the lodge pan or the large Nyala Berry tree.

The Hyena’s have been very busy all around the property, not only hunting impala successfully for them self but also scavenging from the growing successful lion pride in the area. Sadly, the one female lost her 2 pups to a lioness that discovered them at their den site. Good news is that another 2 females from that specific clan is pregnant, so looking forward to seeing which area they will select to den at. 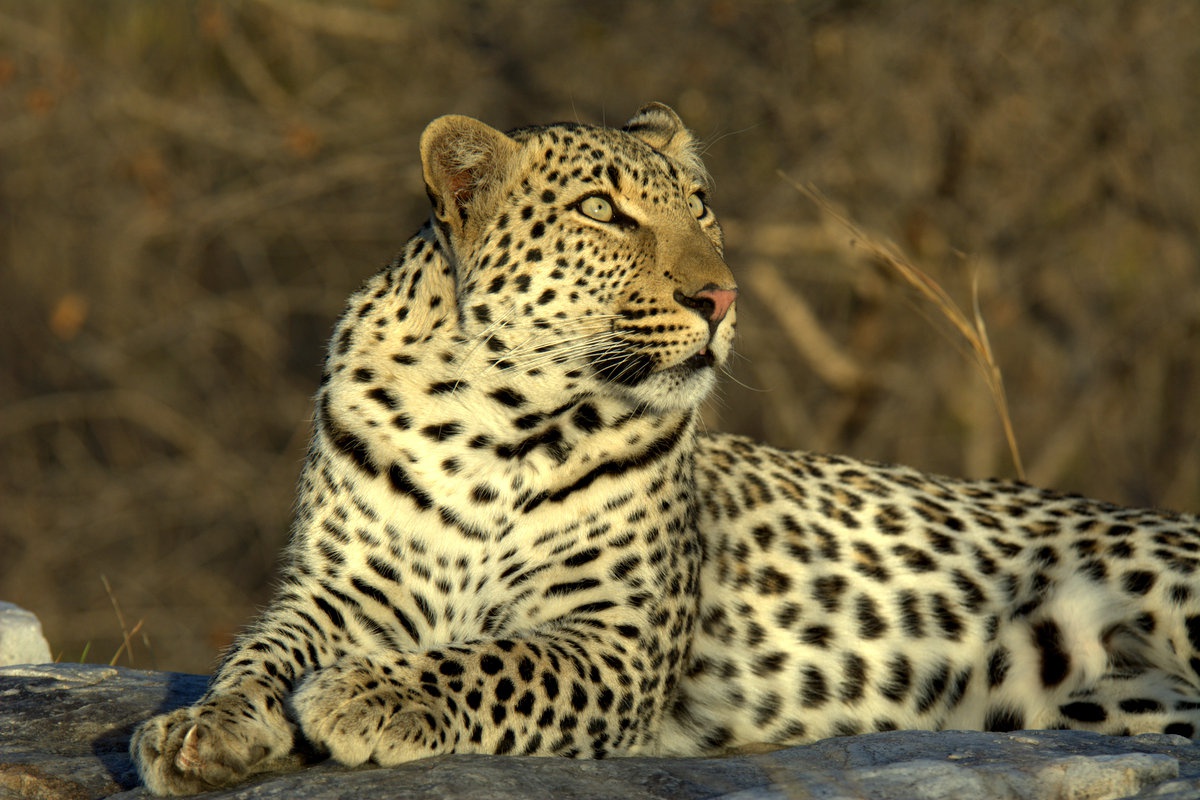 The last month we have been blessed with very good leopard activity around and close to the lodge. The female leopard known as Manzi has been very active around the lodge. We noticed that she is lactating and got the news that she has 2 new cubs close by. With the cubs being so young, we have been avoiding the area to not put any unnecessary pressure on the site or the babies. Sadly, for her previous youngster, the one-and-a-half-year-old girl, she will now be pushed to the side for mom to focus on her new little ones, even though she will hang out in mom’s territory for a bit, a comfort zone for her. Once she becomes a threat to mom, food wise and males showing an interest in her, then mom would become more aggressive towards her and push her further away from the core of her territory. The 2 large males are still around, and have been making kills close to the lodge, around the Klaserie river, using the river thickets as an ambush spot for animals coming down to enjoy the fresh cool water. 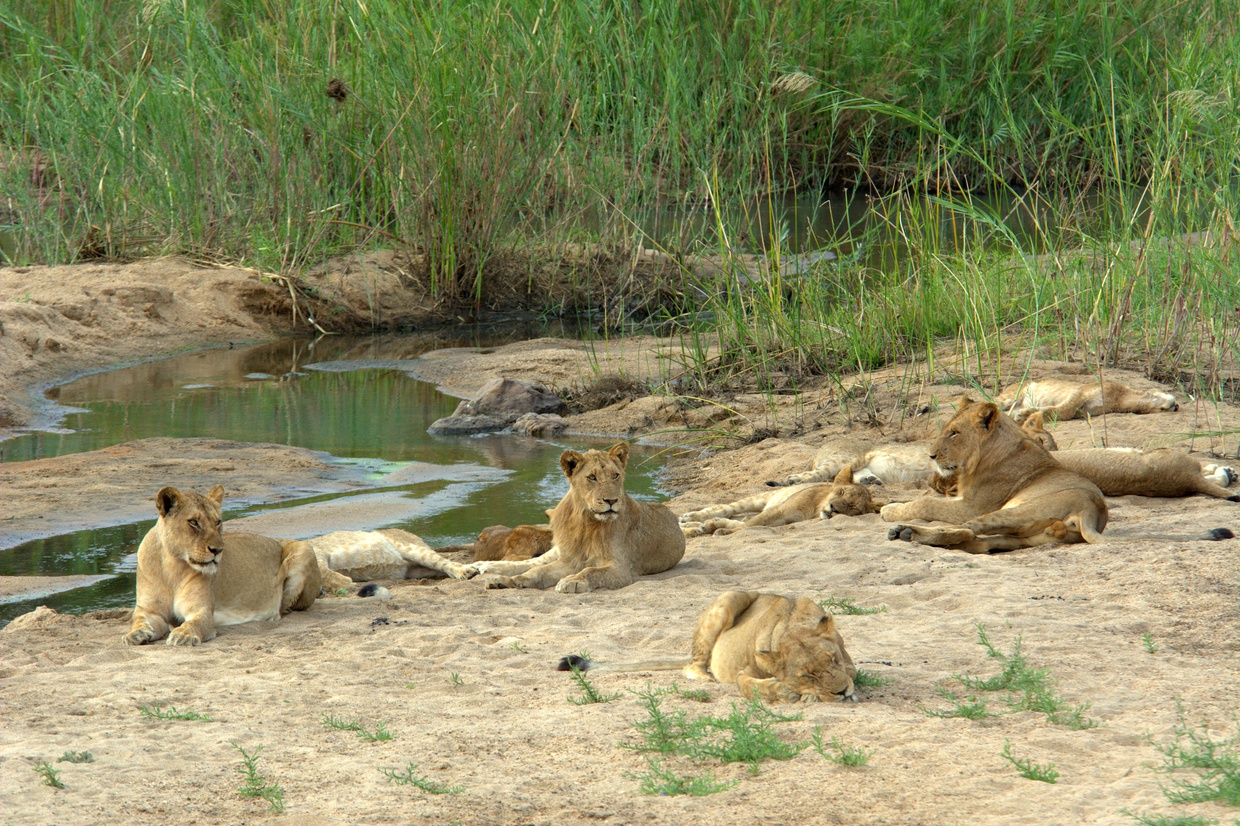 Where to start with the lions, they have been all over. They are doing very well, we even noticed 2 new cubs, about 3-4 months old. They have been covering large parts of their territory, displaying their dominance in the area, and providing good meals on a very regular basis. They have taken down buffalo, giraffe, impala, and zebra. Having to provide for 28 mouths, they need food on a regular basis to keep their energy levels up.

It will be very interesting over the next 6-12 months to see how the pride dynamics will change with some of the young boys that will reach sexual maturity and then within another half a year the younger boys will follow. We should get at least 3 coalitions from this pride, so would be very interesting to see where they will end up and if new males will move in to take on the existing males or if they will be with the pride for another year or so. Only time will tell. 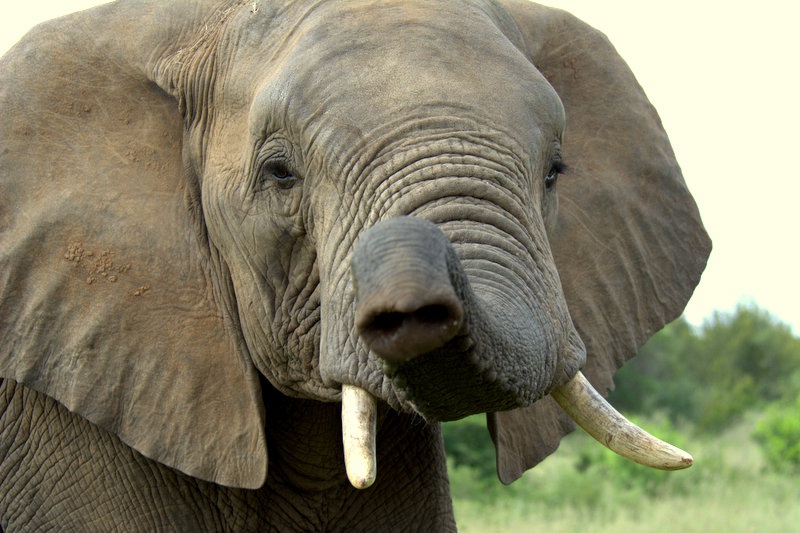 Our gentle giants have been giving us some awesome sightings, they have been quite active all around the lodge and especially down at the river system to the east of the lodge, enjoying that clean cold water.

They have been busy around the pan in front of the lodge, spraying them self with water to cool down before heading over the high rise down to the river for the cooler water. Another magical place for these large Pachyderms has been around our photographic bunker Ithumbela. It is such an amazing experience sitting inside the bunker and viewing these giants from eye level. 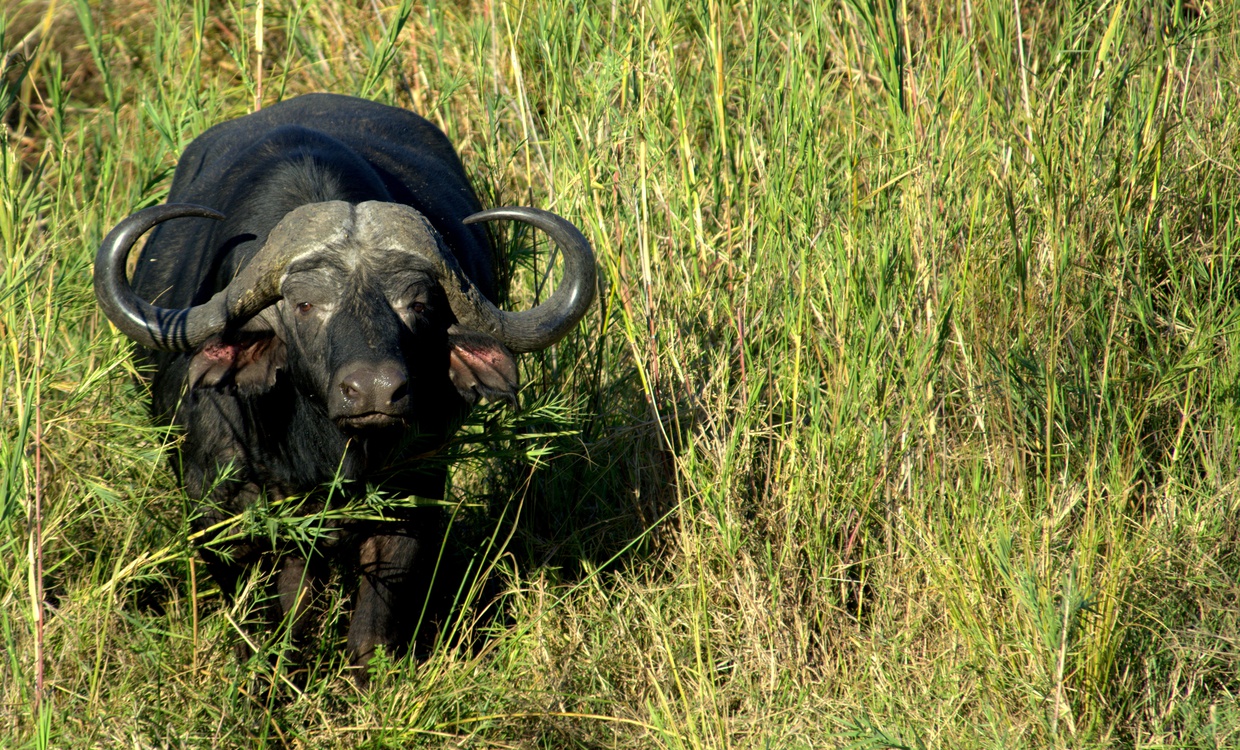 The large buffalo herds have been missing in action. We had a herd move onto the property from the north, then that same evening the lions found them and tried their luck to take one down. Fortunately for the buffalo the lions failed to bring one down. Sadly, for us, the next day not a buffalo herd in sight, they moved back north again. We have had plenty old males “dugha boys” around down at the Klaserie River. They are enjoying the cooler shallow water of the Klaserie River to cool down from where they move up the embankment to feed.

Thank you for following us and allowing us to share our office stories with you.