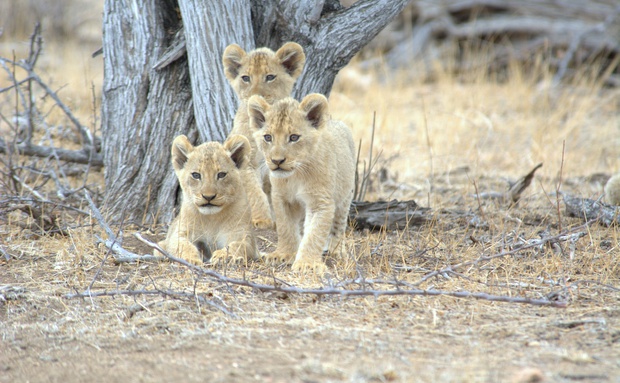 Welcome back to a chilly, yet exciting update on our adventures here in the Klaserie Private Nature Reserve. I will be covering all the thrilling sightings that happened during July 2022.

We are right in the middle of winter; the mornings are crispy cold. The sunrise and sunsets are beyond spectacular with their orange rays over the winter bushveld. Most trees have dropped their leaves, and the grass has thinned out, even though there is still plenty of food and water around. The days are pleasant as we still average temperatures in the low to mid 20ᵒC.

Our guests were extremely lucky to find something rare. After being collected by our tracker Richard they stumbled upon something amazing on the way to the lodge. A Caracal with 2 kittens. It was quite a brief and short sighting as they are naturally shy animals, and with mom having two babies she just wanted to get them to safety. Not many people can say they have seen this before. Truly a bucket list sighting. Unfortunately, they were too quick to pose for a photo, but have a look at our social media to see the video footage from our guests.

We have had a resident leopard in and around the camp for the past few weeks. She has seemed to make Makumu a home for herself as we have had several sightings of her from the lodge at various times of the day. One day our kitchen ladies almost had a visit from her as she walked by during the day. And the other night as guests returned from the evening game drive, she waited for everyone to enter their rooms before she pounced and caught a scrub hair in the garden. The guests and guides heard the commotion, and when they went to see what it was, they found her prints all over the crime scene. This has really made animal spotting around the camp so much more exciting.

The River Pride strikes again with another elephant kill. We were lucky enough to experience this once again as it is such a rare occasion to witness. Being such a large pride, they need to spend their power and energy on bigger prey species like buffalo, giraffe, zebra, kudu, wildebeest and now even elephants. This is very beneficial for the pride’s survival.

One morning we were also extremely lucky with some members of the pride that walked through camp. We could all watch them from our room windows as they graciously moved through the camp sniffing around. 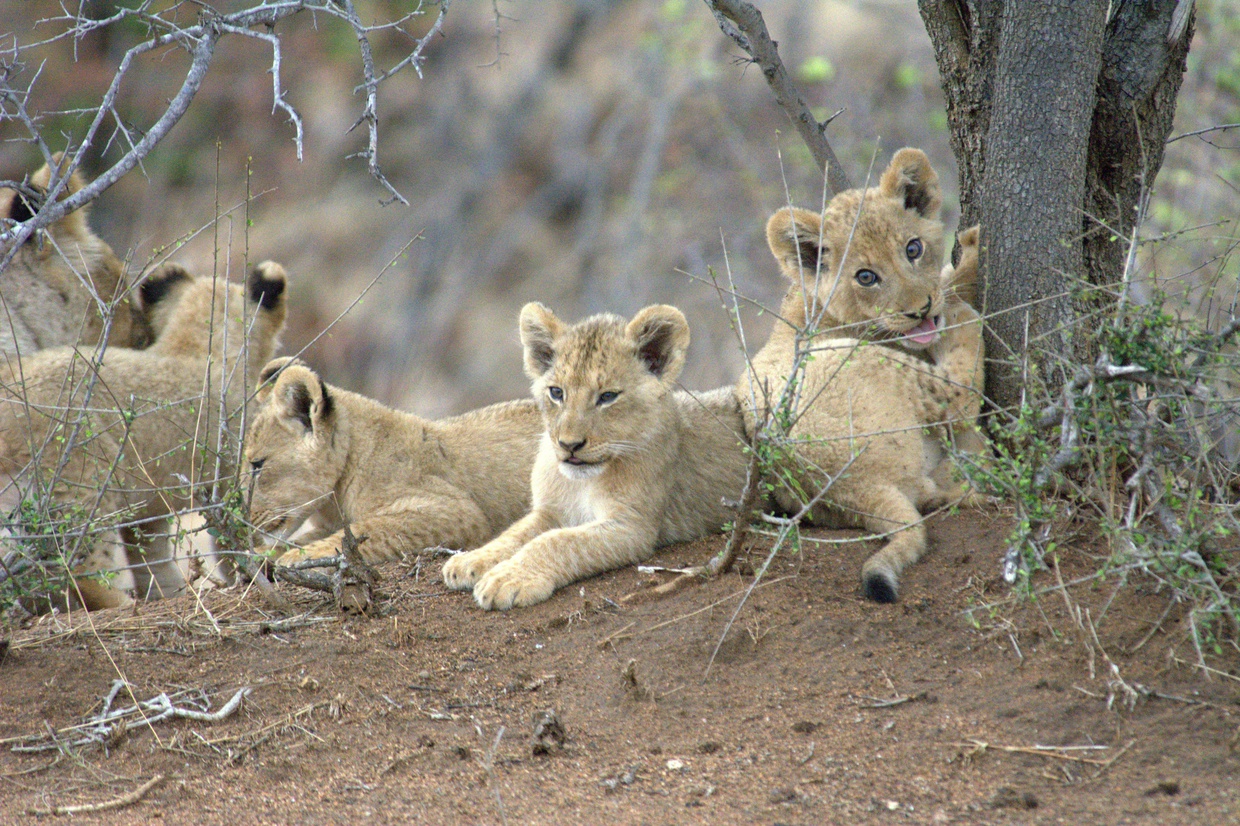 The elephants have been busy around the pan in front of the lodge stopping for a drink and spraying themself with water. We even had some elephants come by the lodge pool for a drink as guests had just arrived. Not a bad welcoming if you ask me. 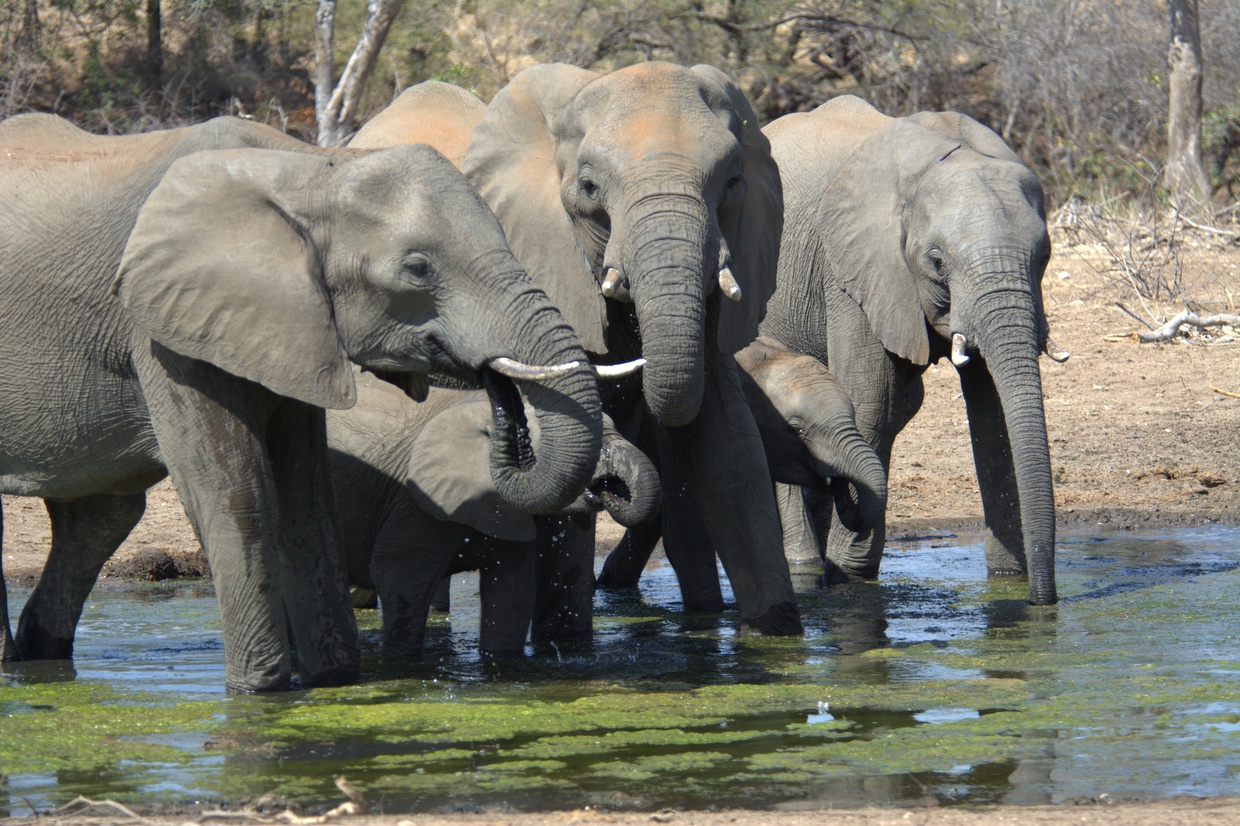 As we stopped for our usual evening sundowner, we were joined by some curious hyenas who came to inspect our beautiful set-up and yummy snacks. Hyenas, being naturally curious from a young age, are not shy at all and would go investigate new things. But with respect and caution from both sides, it was a very special brief interaction that the guests absolutely loved. 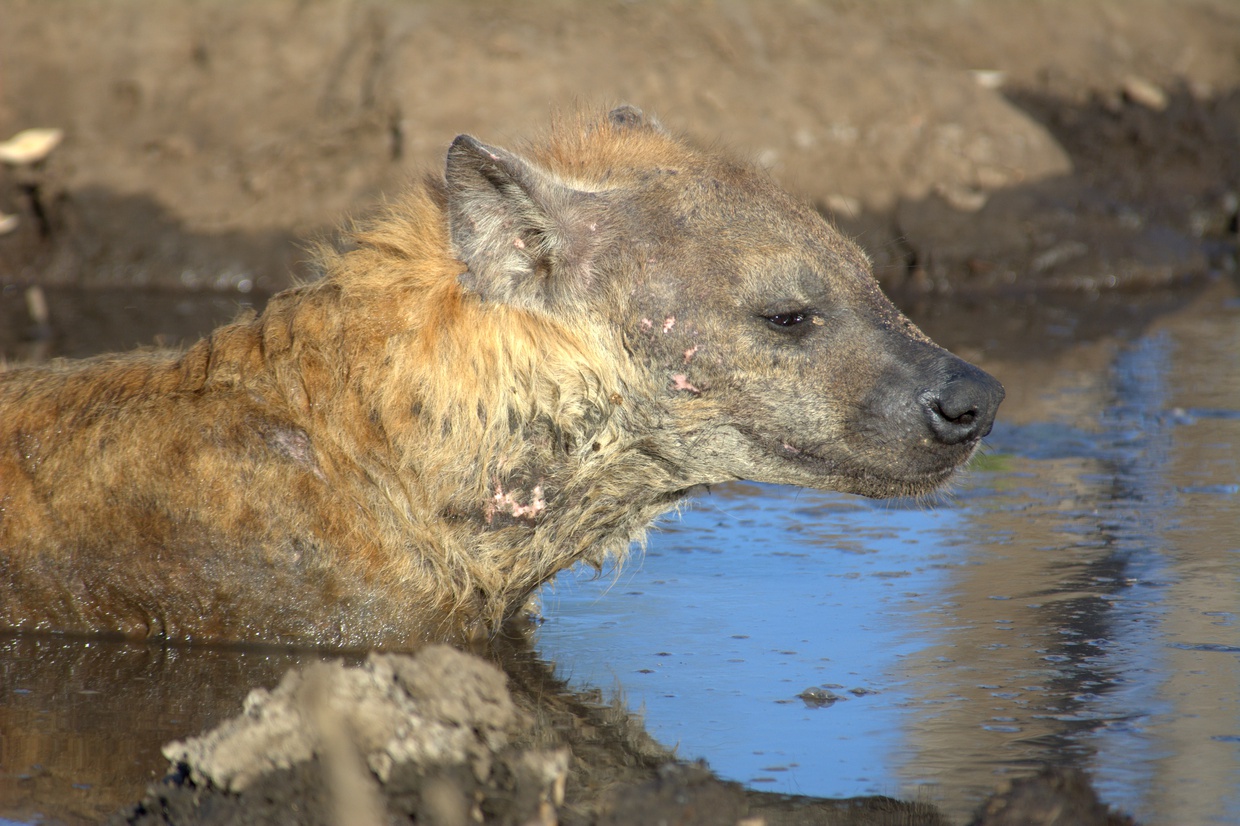 We had a large group of buffalo of 100+ moving into our property for quite a while. They were moving alongside the Klaserie River where there is plenty of nutritious food during the dry winter season. But with large groups of buffalo like this, they would have to cover large distances as well for a sufficient amount of food to make it through the dry winter months. 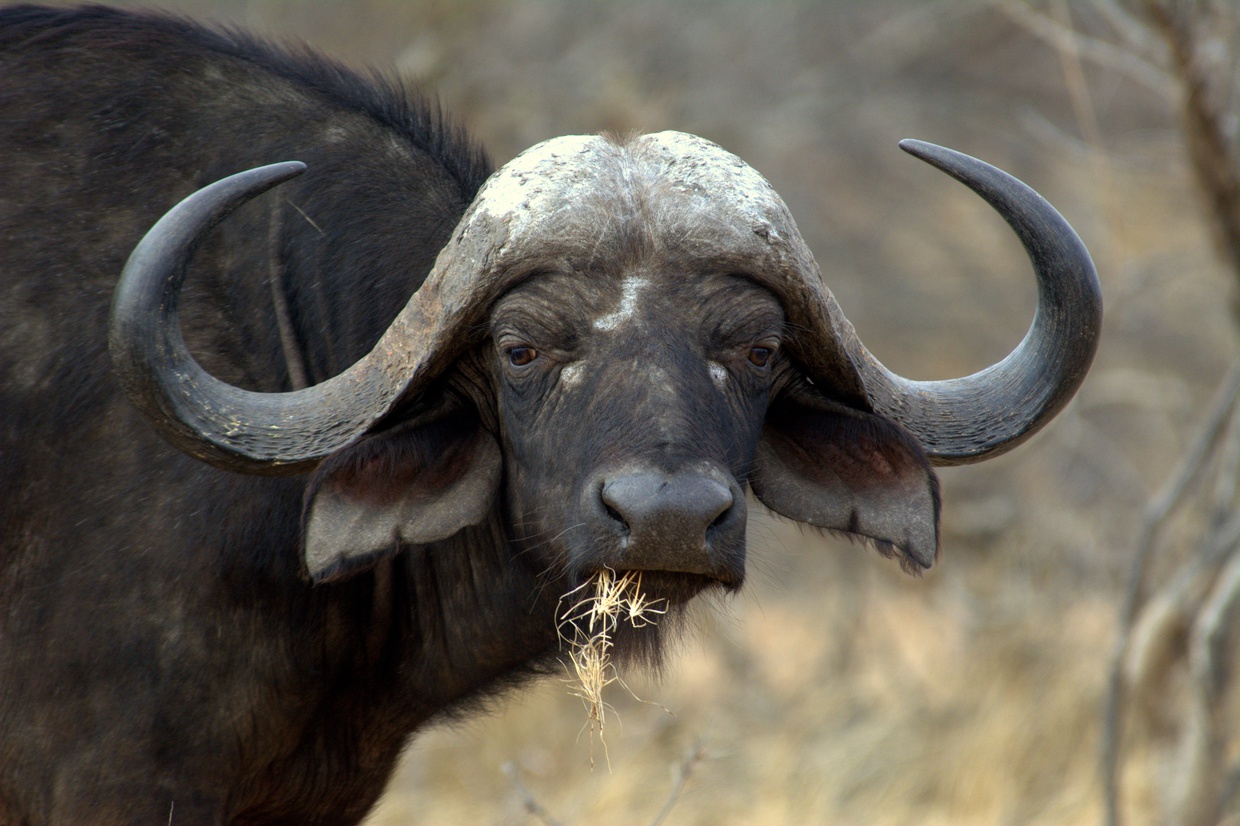