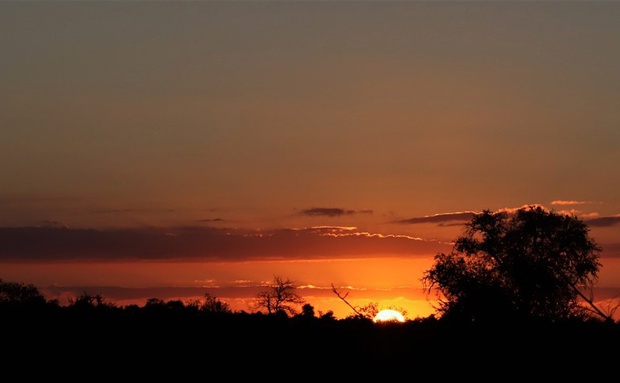 A wonderful welcome to all of you reading our first wildlife sightings report! This will be a regular instalment which Matt and Morné will alternate writing.

Please keep following our blog for other great features and updates from the bush and of course the lodge and kitchen as well!

March has been a busy month… Not only with amazing sightings, but also with our wonderful guests visiting. We shared some unbelievable moments during the month and in a short while I will share some of those with you.

We had some amazing rain in the area and the green lushness and tall grass is still very evident all over. Lots of Zebra, Giraffe, Wildebeest, Waterbuck and Kudu are part of our daily scenery around the lodge. Bird life too has been good, with regular sightings of rare Saddle-billed Storks, Kori Bustard, Ground Hornbill and even a pair of Painted Snipes which became resident at our waterhole. 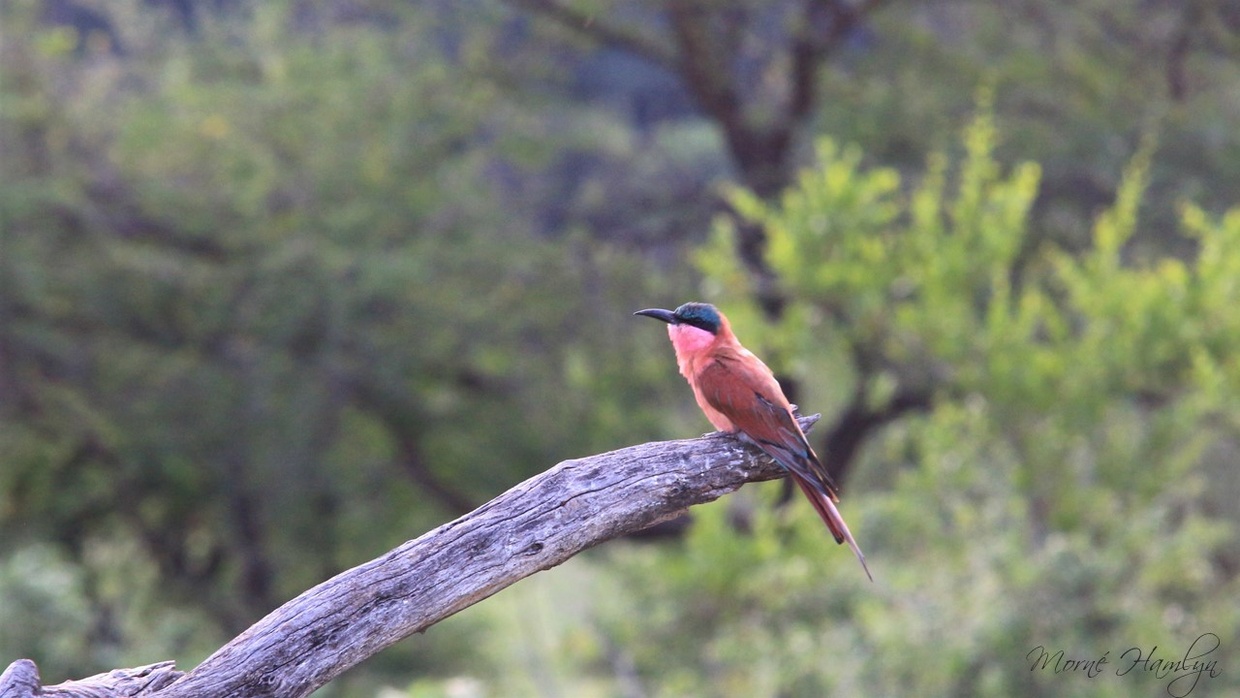 Despite the dense vegetation and tall grass, we still encountered some magical moments out there, so without delay lets get to the news!

Leopard sightings have been unbelievable during this month with 7 individuals seen fairly often.

Our resident female leopard around camp and her two 16-month-old youngsters have been spotted on a few occasions and with frequent sightings she is becoming more comfortable with the vehicles around. The youngsters (boy and girl) are very used to our vehicles moving around and sightings of them playing and stalking smaller prey like squirrels never seem to stop amazing our guests. The mom killed an impala not too long ago and had vultures pestering her whilst trying to hide the fresh carcass. She lost her cool with them a few times which created the most amazing experience as she chased them away. 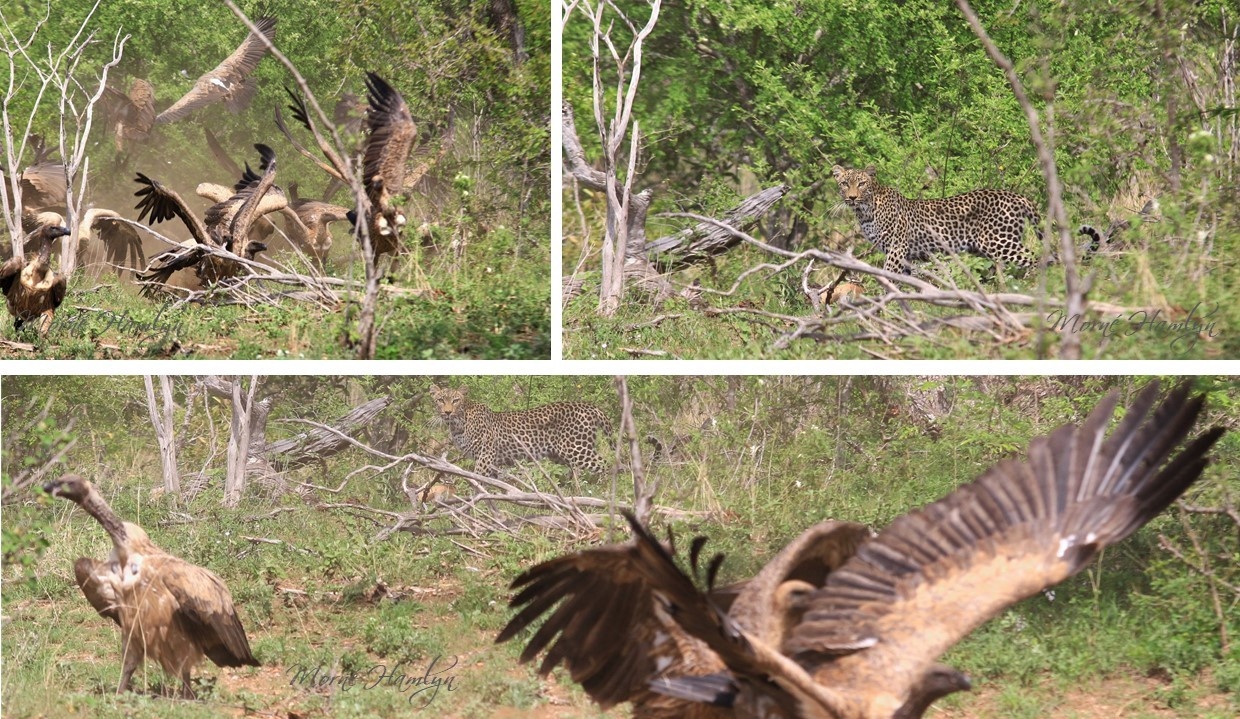 “Saseka” (Pretty or Beautiful in Xitsonga – Local language from the Shangaan) is the resident Leopardess in our direct Eastern traverse. This beautiful female made her presence known 5 times during the month. We had her resting in a beautiful Jackalberry tree close to camp one afternoon, a sighting many regard as an absolute highlight. She killed an impala on the old airstrip which unfortunately got stolen by hyenas through the night. We had her and the “Pale male” mating over a 3-day period which means that we could have potential sightings of cubs within the next 3-4 months. 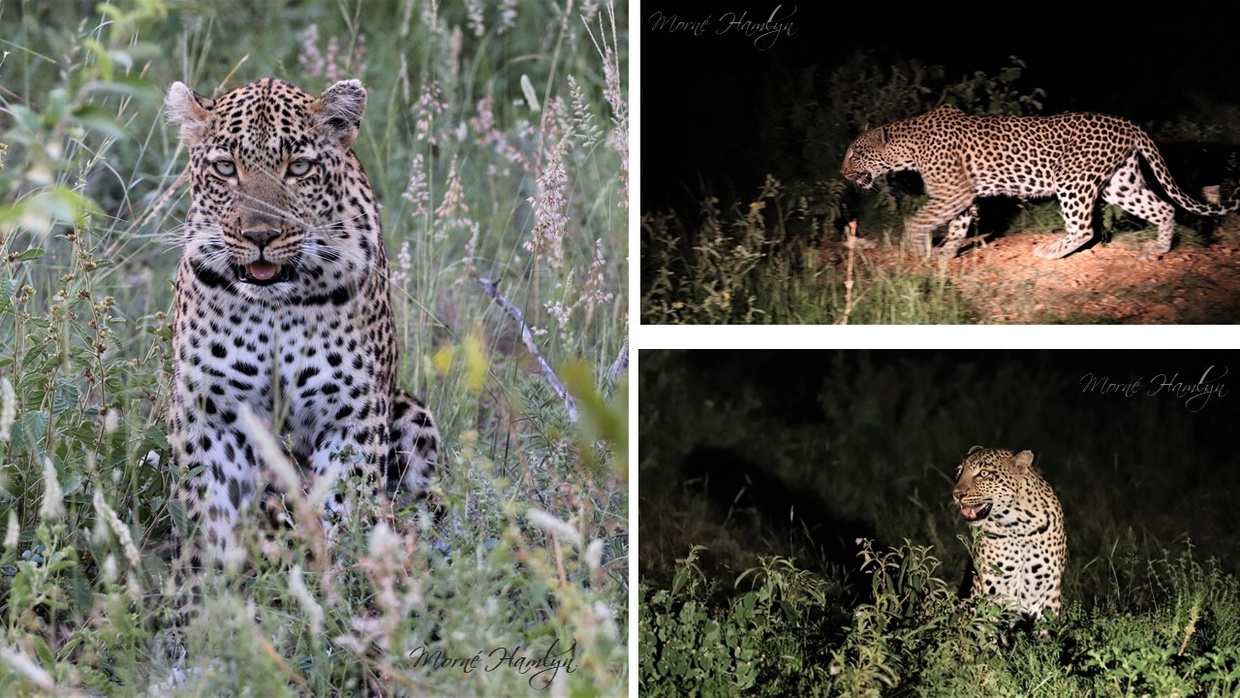 One of the resident males of the region is the “Pale male” and he dominates the Eastern and South-Eastern sectors. We saw him patrolling territory a few times and he is a beautiful and very relaxed specimen indeed. Him and “Saseka” mated during the middle of the month and we are all looking forward to the arrival of new babies soon. 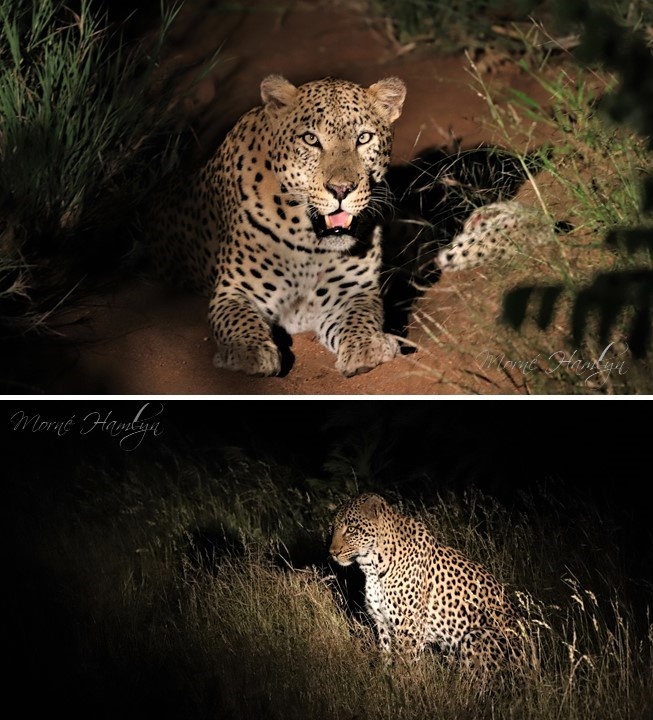 We have had some great luck with members of the “River Pride” visiting our traversing a few times.

The “River Pride” is a large pride that have split within their territory to ensure survival with too many mouths to feed. This often happens with larger prides where the density of medium sized prey is in abundance, but larger prey like Cape Buffalo is more difficult to come by.

The young ones in the pride are doing extremely well and we always see them in good condition, so the lionesses are really doing a great job with regular kills. There are males associating with them from time to time, but as per usual they have larger territories and other prides they associate with, so most of the time we see only the ladies with the youngsters.

With their most recent visit they killed a Kudu but finished it on the very same evening. We only saw the aftermath. 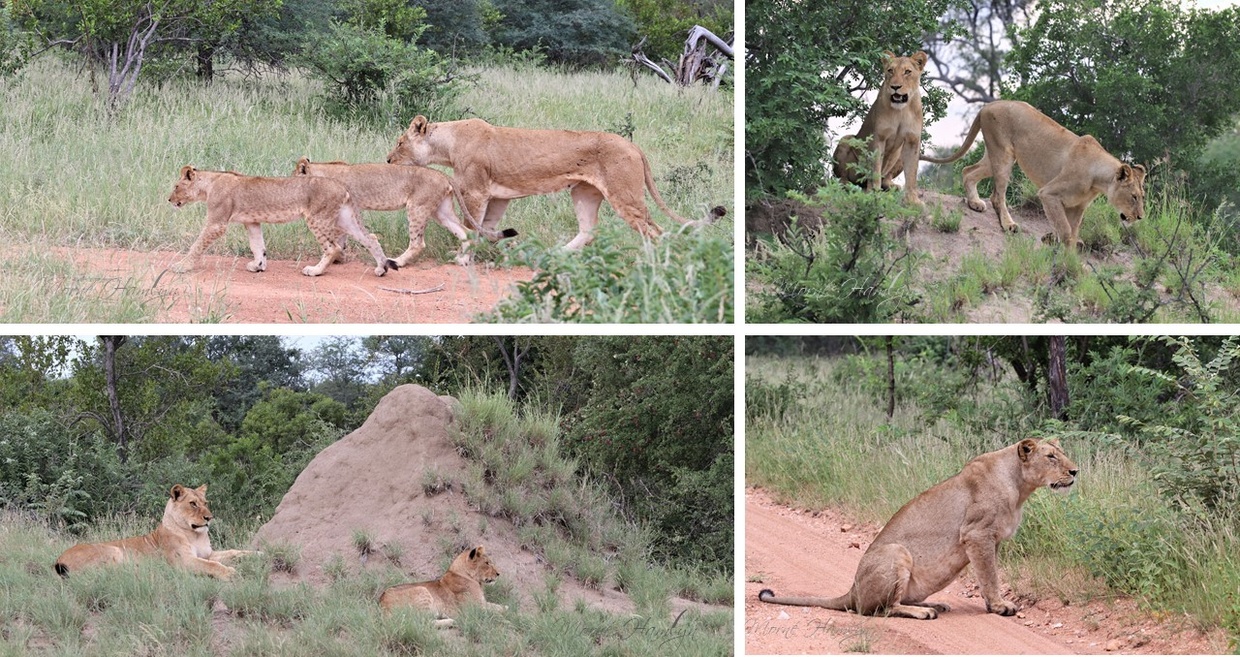 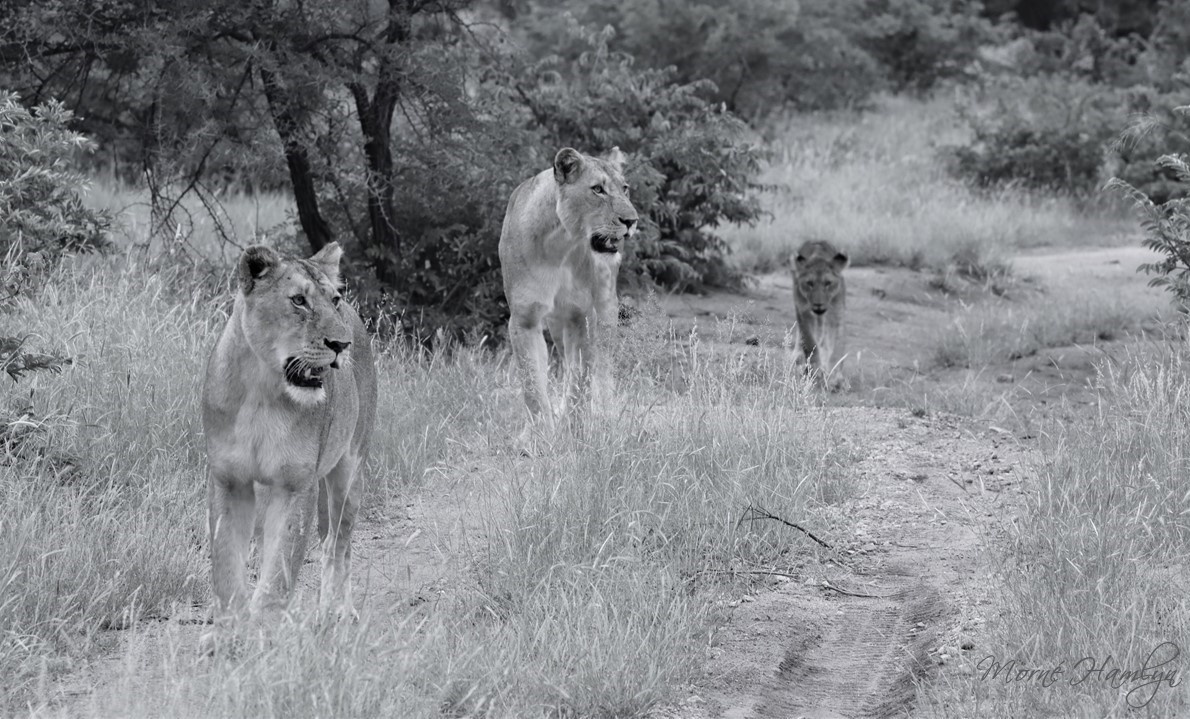 After some really good rains the Klaserie River started flowing and raised its level. With the abundance of fresher water and lush vegetation around the river system, numerous African Elephants returned to our area.

Large breeding herds and groups of bulls have been spending a lot of time around Makumu and it is always great to observe the social structure of these amazing animals! 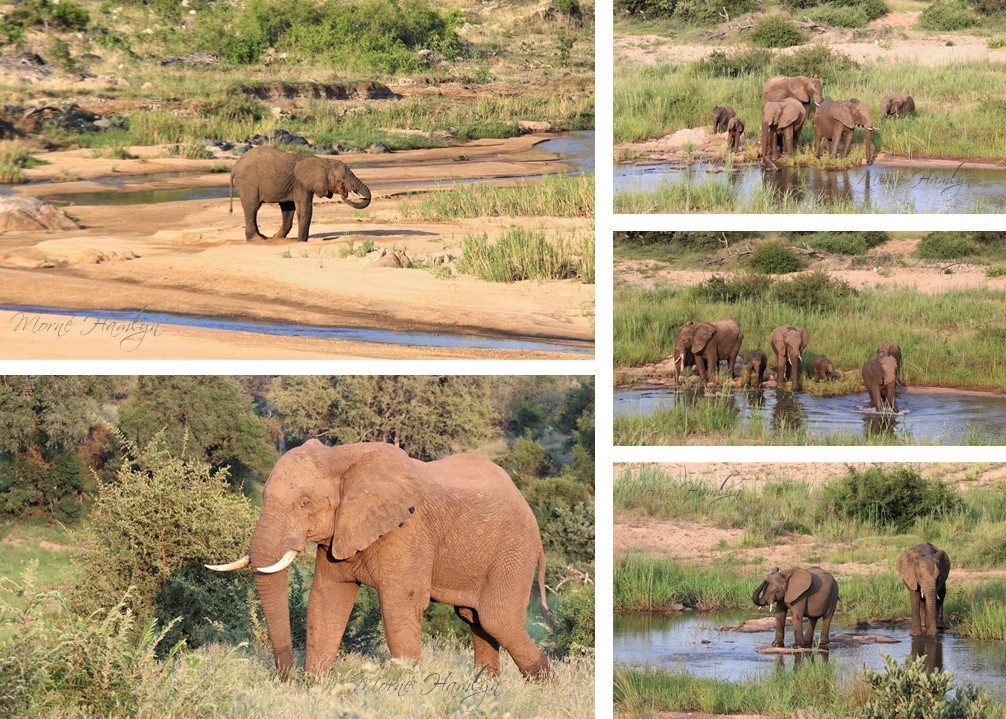 After a very long-standing drought large numbers of Cape Buffalo (especially the breeding herds) have moved far and wide to locate suitable pastures and water.

Now that the rains returned and the palatable grass grew in abundance, we may see a rapid increase in numbers with the winter approaching, and our grass remaining palatable as not many bulk grazers are currently feeding on it.

A few groups of “Dhagga Boys” (Old bulls full of hard caked mud – Dhagga refers to a concrete/clay mixture for building, much like the dry mud looks like on these guys) have been spending a lot of time in the Klaserie River system. Like the Elephants they too are there for the abundance of resources that sustain life.

From time to time one gets some special events that stand out, and sometimes we see a species of animal that are special just simply because of the rarity involved.

This month we were very blessed with regular visits from a healthy pack of African Wild dogs (also known as Cape Hunting dog or the Painted Wolf).

There is an estimate of 300 dogs within the entire greater Kruger (size comparable to Wales or Israel), so to have a pack of 16 hanging around is indeed extremely special.

We have shared so many amazing encounters with them and observed so many different behaviours, interactions and hunts. They typically have success with up to 90% of their attempts successful. One afternoon they chased a herd of Impala from the waterhole below camp all the way through Makumu, but on this occasion they were unsuccessful. 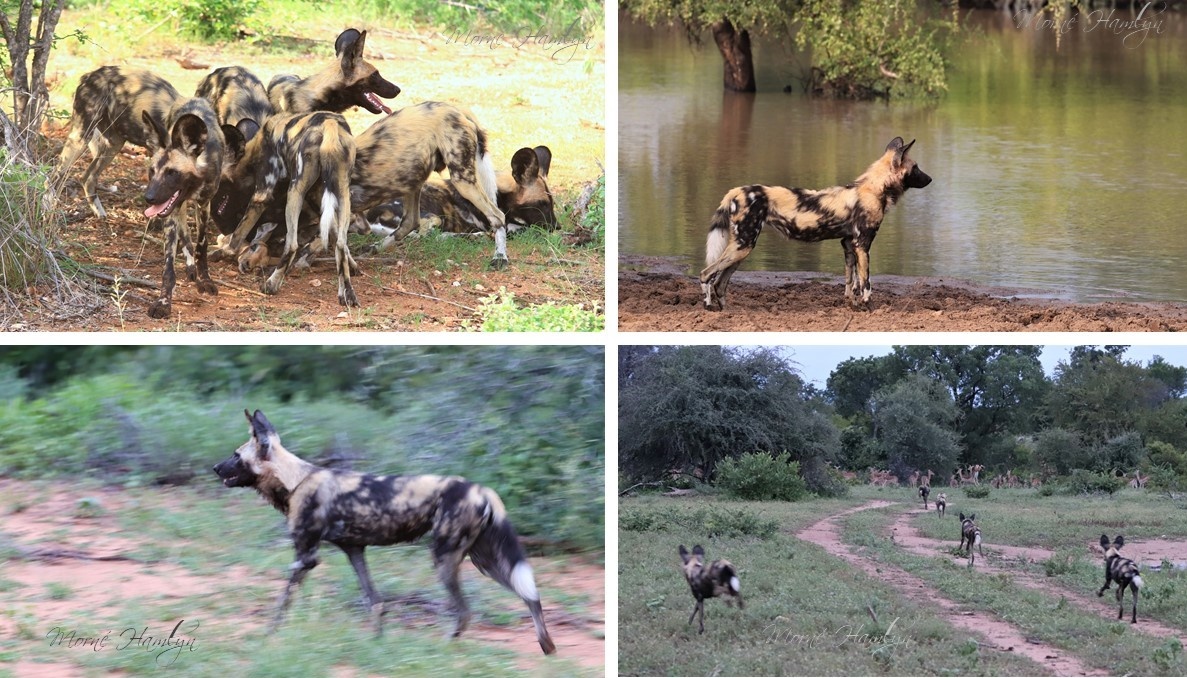 Thanks for reading the first of many reports and stories to come from us at Makumu!