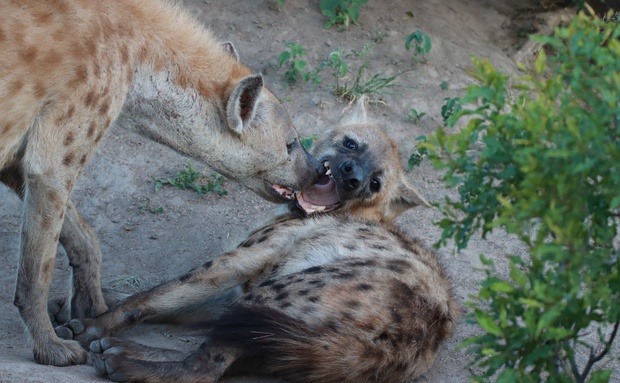 The cold temperatures are slowly moving in. Which calls for late night gatherings around the fire with a blanket and hot chocolate. Welcome to another update from the Klaserie Private Nature Reserve and Makumu Private Game Lodge, your home away from home. I will be covering some of the exciting things that we encountered over the last month.

All images in this article were taken by Stefan Breuer, owner and Cherié van Zyl, our Assistant General Manager as well as Guest Moosbrunner 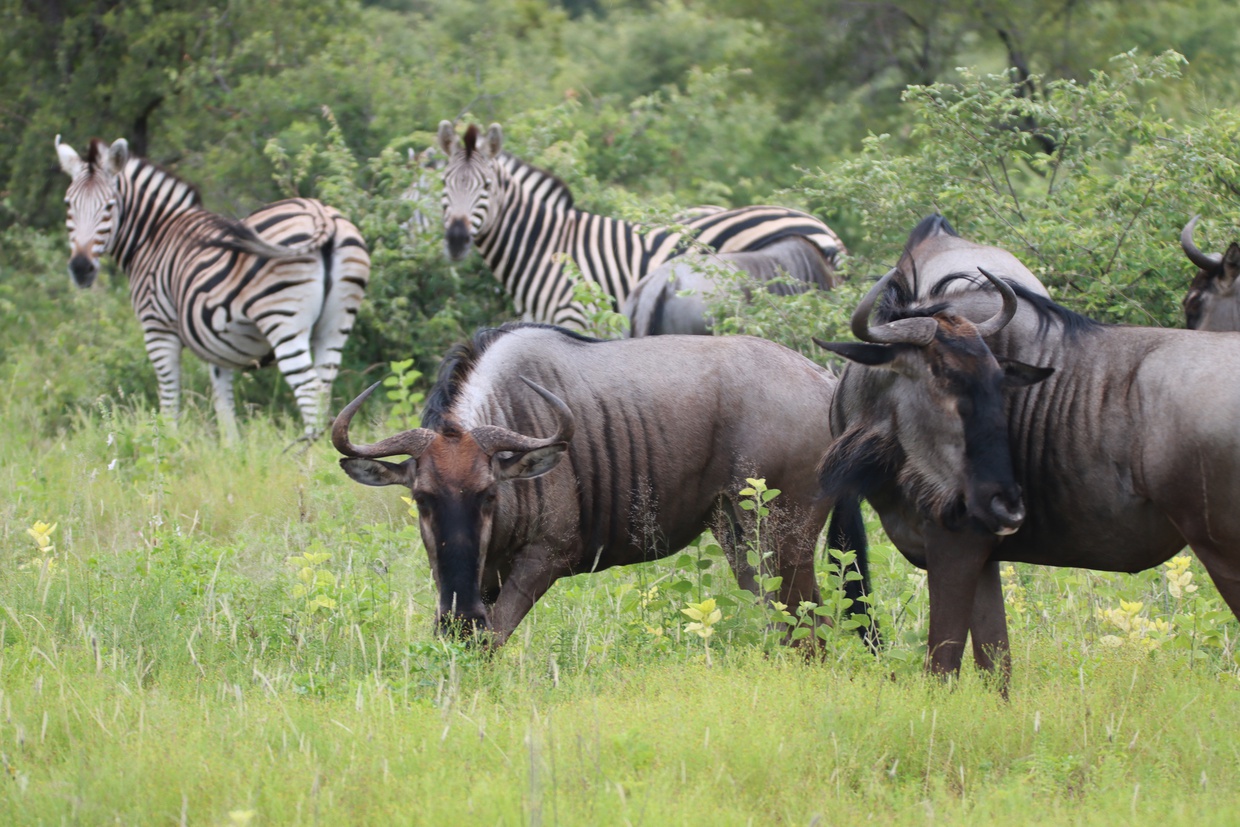 Highlight of the month

We were following a pack of wild dogs, who have the best success rate in hunting of all predators in the African bush. It is therefore very common for the sneaky hyenas to follow wild dogs and benefit from stealing their food. And on this day the wild dogs had just killed an impala and the hyenas jumped in to snatch it away. But this then led to a very heated battle amongst the wild dogs and hyenas. These battles can get extremely wild, intense, and loud.  All this commotion then attracted a big herd of curious elephants to the area to come investigate what is going on. And out of nowhere a pride of lions appeared and got involved. Unfortunately, one of the younger wild dogs got killed by the lions.

This was quite the experience for not just our guests but rangers too. 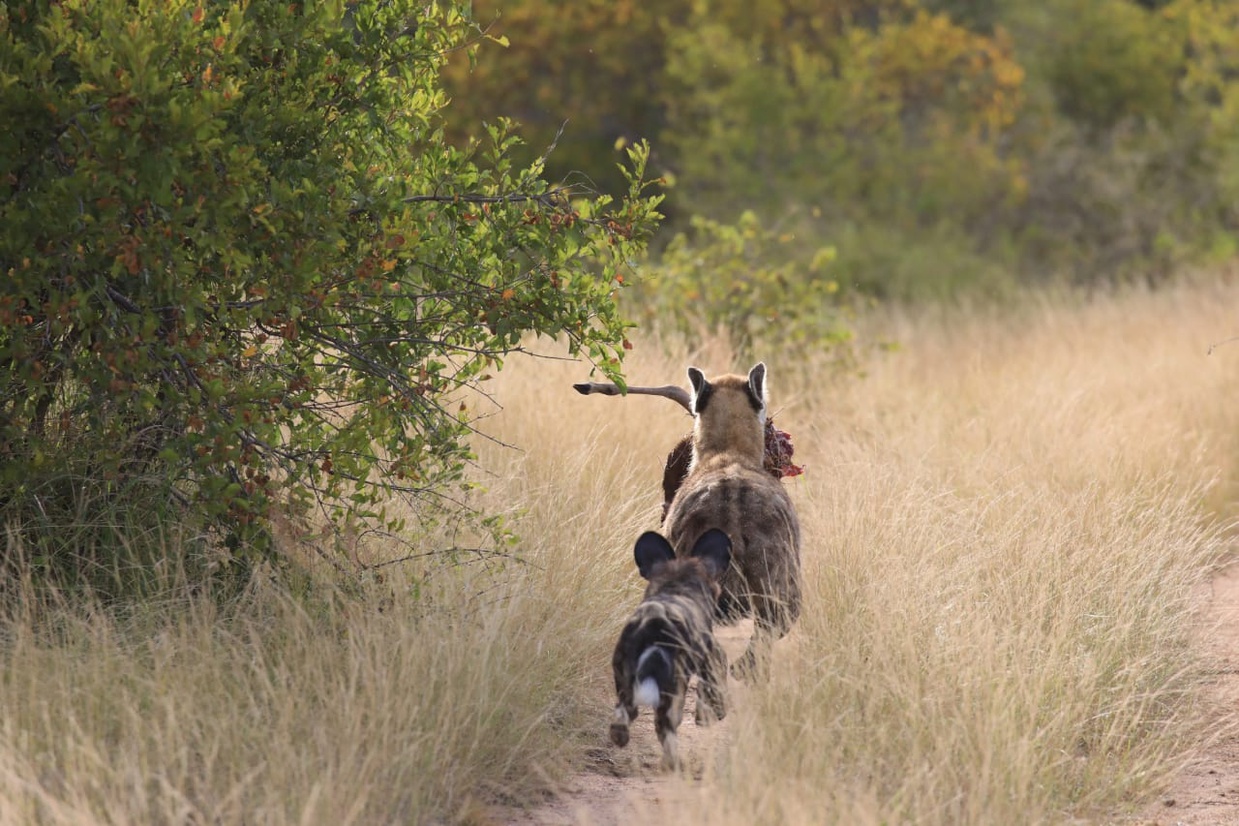 We were following the alarm calls of a herd of impala, and we managed to find a beautiful cheetah sleeping in the dry riverbed in a shaded area. Soon after on the other side of the vehicle we noticed a lioness in a stalking stance. The cheetah had not noticed yet. And after a few minutes and the lioness moving closer bit by bit the cheetah woke up, spotted the lion, and jumped up immediately to run away. We tried following them, but they were so fast and disappeared quite fast.

New members of the pride.

Female lions will separate themselves from the pride when they are ready to give birth. They will start scouting for a secure and safe area to hide their young. Finding a female lion in one area, alone and with signs of lactation provides a good indicator that there are possibly cubs hidden nearby. We found some lion tracks moving in and out of a specific area frequently and this led us straight to her hiding place. After a few days of searching, we found the 3 lion cubs hidden. They were about 3-4 weeks old and quite curious. Now and then, one would come out of hiding to inspect but run then run right back in. 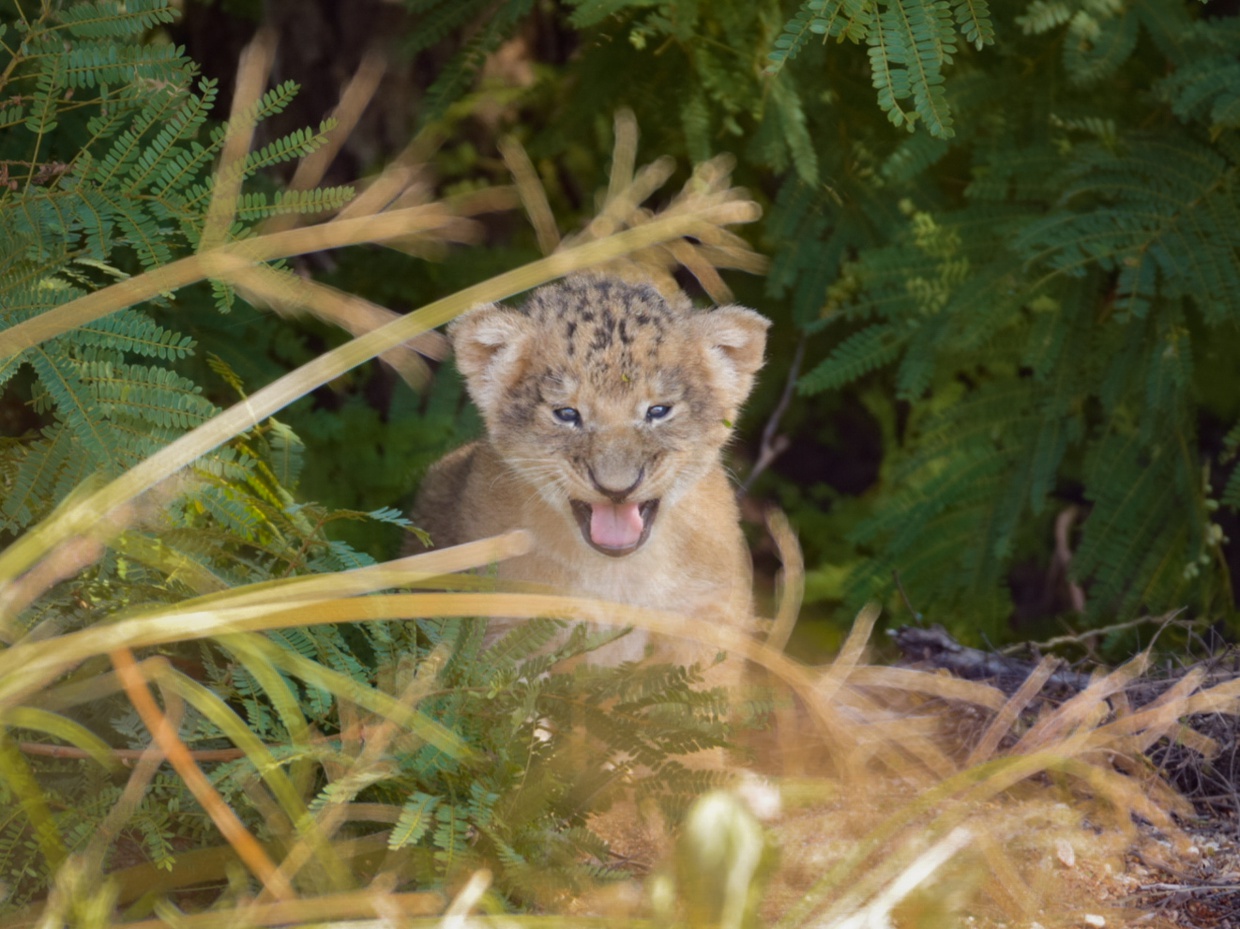 An update on Manzi and her beautiful two cubs. They were found hunting successfully with their mom on multiple occasions. They have grown quite big and strong and already able to hoist their kills up into trees providing great photographic opportunities to view 3 leopards in 1 tree. 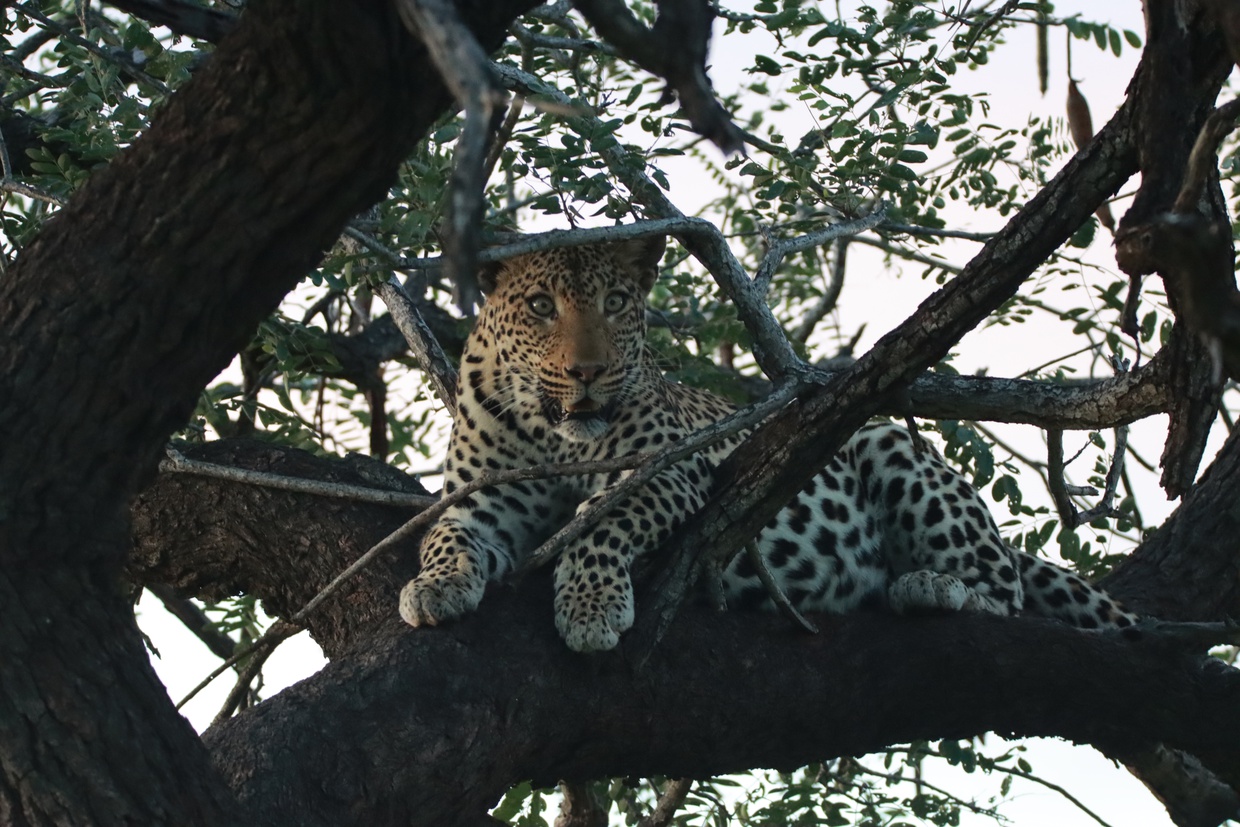 The Africa bush’ gentle giants have been quite active all around the lodge and especially down at the river system after the amazing rain we received this month. It is quite the amazing sighting to watch a beg herd of elephants cross a flowing river. The splashing noises and playfulness is so beautiful. 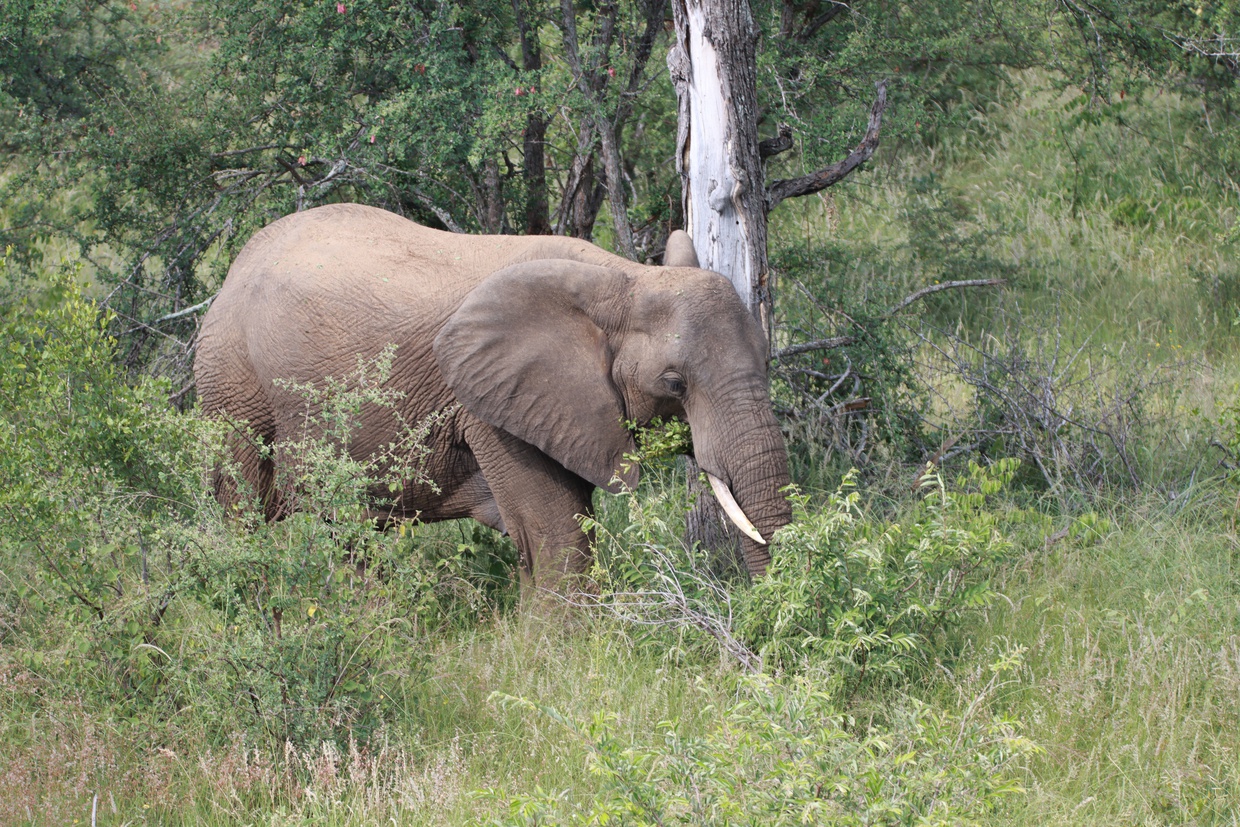 They have also been busy around the pan in front of the lodge, spraying them self with water to cool down in the hot summer sun. But soon we will be seeing even more of these beautiful animals at the last remaining water sources as we are slowly heading into the dryer seasons.