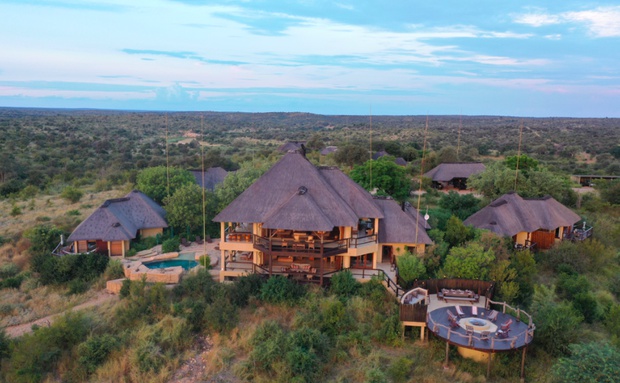 After a very wet and green summer, autumn has finally arrived, March is still way greener than last year, but there are small changes, like the cooler nights and the crisp cool mornings out on our morning drives, welcome to another update from the Klaserie Private Nature Reserve and Makumu Private Game Lodge, your home away from home. I will be covering some of the exciting things that we encountered over the last 2 months.

All images in this article were taken by Tim Hulme and Bianca Brombin of Lost in Africa.TV.

Autumn is here - the air temperature is changing, leaves are starting to change color, the grass is starting to lose nutritional value and the bush is starting to thin out. Animal paths are becoming more visible again, with lots of food to get the animals through the autumn and winter period. The temperature now is very pleasant - mid- to high 20 degrees Celsius and it is very pleasant to sit around the pool during the day and watch the pan (small waterhole) in front of the lodge. Some guests are even brave enough take a swim before heading out on game drive. 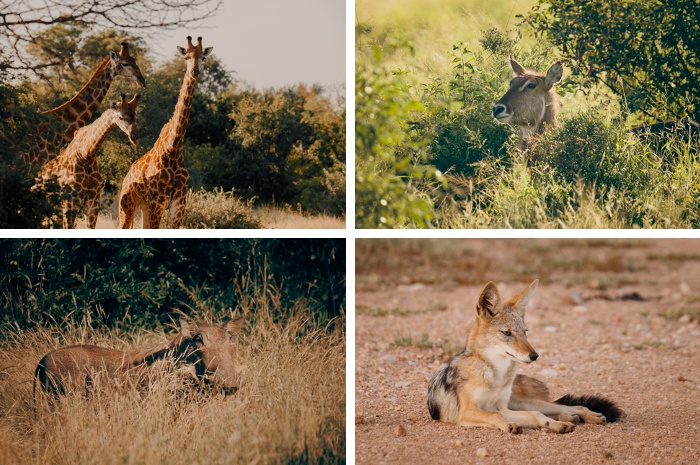 General game around the lodge has been increasing by the day with lots of the small drainage lines drying up. The lodge pan has therefore been busy with many giraffe, kudu, zebra, impala, and old buffalo males coming for a wallow.  Also, something incredibly special and a first around Makumu in a long time, was a caracal sighting! It was a quick one, but any ranger out there will tell you how special it is to see a caracal in the wild.

Leopard:
Leopard sightings and movement through and past the lodge have increased over the month of April. With the drainage systems being dry and the lodge pan being a hot spot attracting lots of general game, like impala, draw the leopards to the area. In the month of April, impala males start to rut and are quite vocal during this period, with the larger males making their presence known to one another. This of course attracts the attention of leopards. 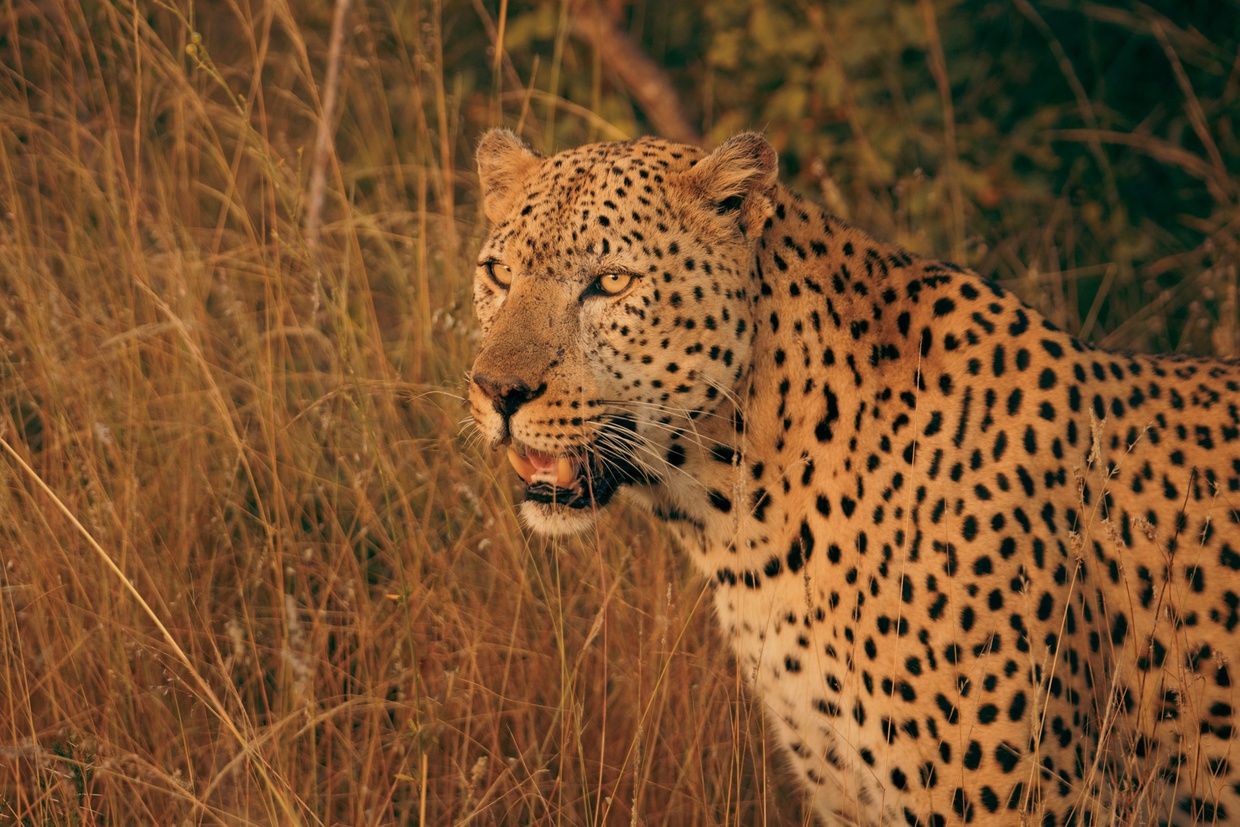 Sadly, we have not seen the young boys for quite a while now and assume they might have been pushed out by the 2 big boys. We hope they found an area to settle down and possibly start their own families within the next year or two.

We have noticed a new young male around the area and a young female has also been sighted a few times.
The 2 big boys have been highly active around the lodge, marking and calling nonstop. We even had the one female mating with both the big boys - possibly due to the fact that the 2 males territory overlaps her territory. The 2 males are likely to kill the other's babies, so by mating with both that gives her a better chance to raise the youngsters successfully without losing it to the other male.

Lion:
Lion sightings have been good, especially during the month of April. They have been quite active around the lodge and to the east. The pride itself is doing well, they are standing strong at 25, so many mouths to feed and tummies to fill. 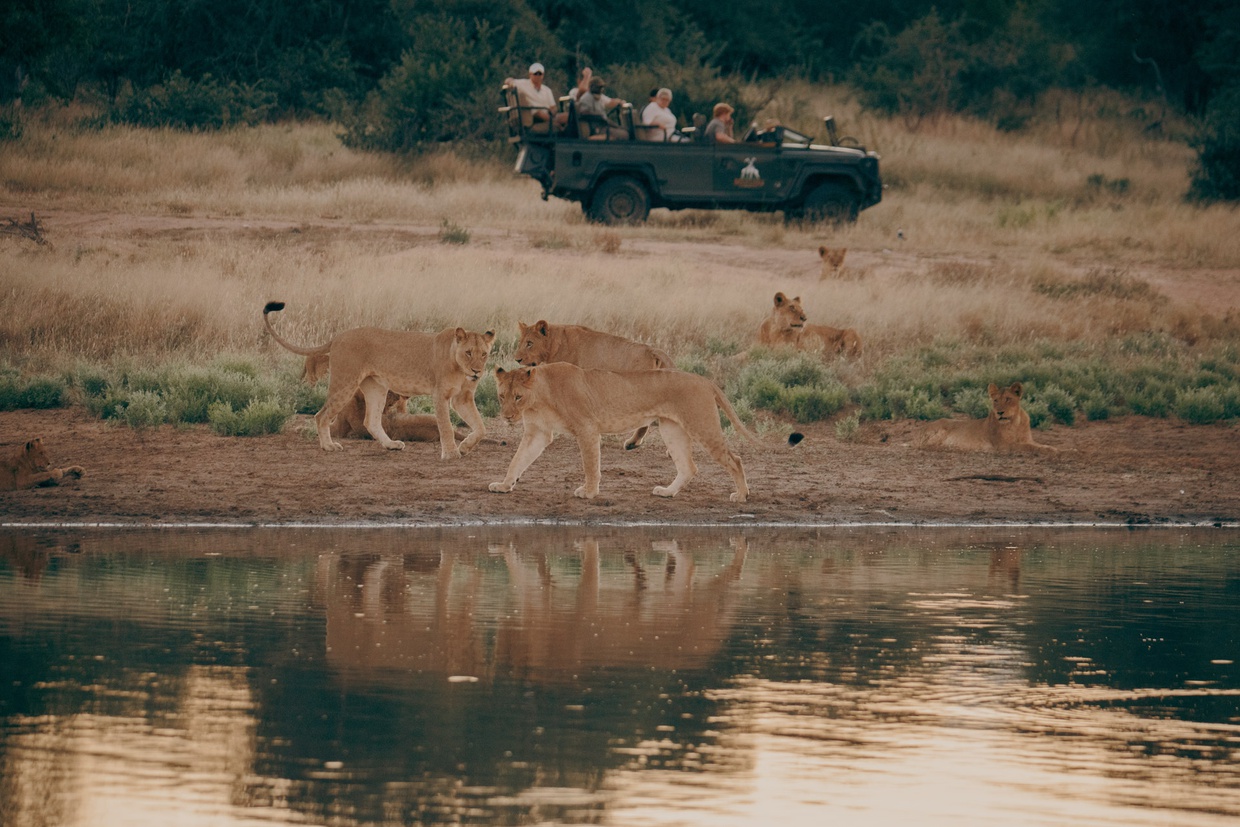 The pride has been successful in finding food, sadly only small meals (mostly impala) and therefore not enough to fill all the bellies, however still enough to keep their energy levels up to search for and bring down the next meal. 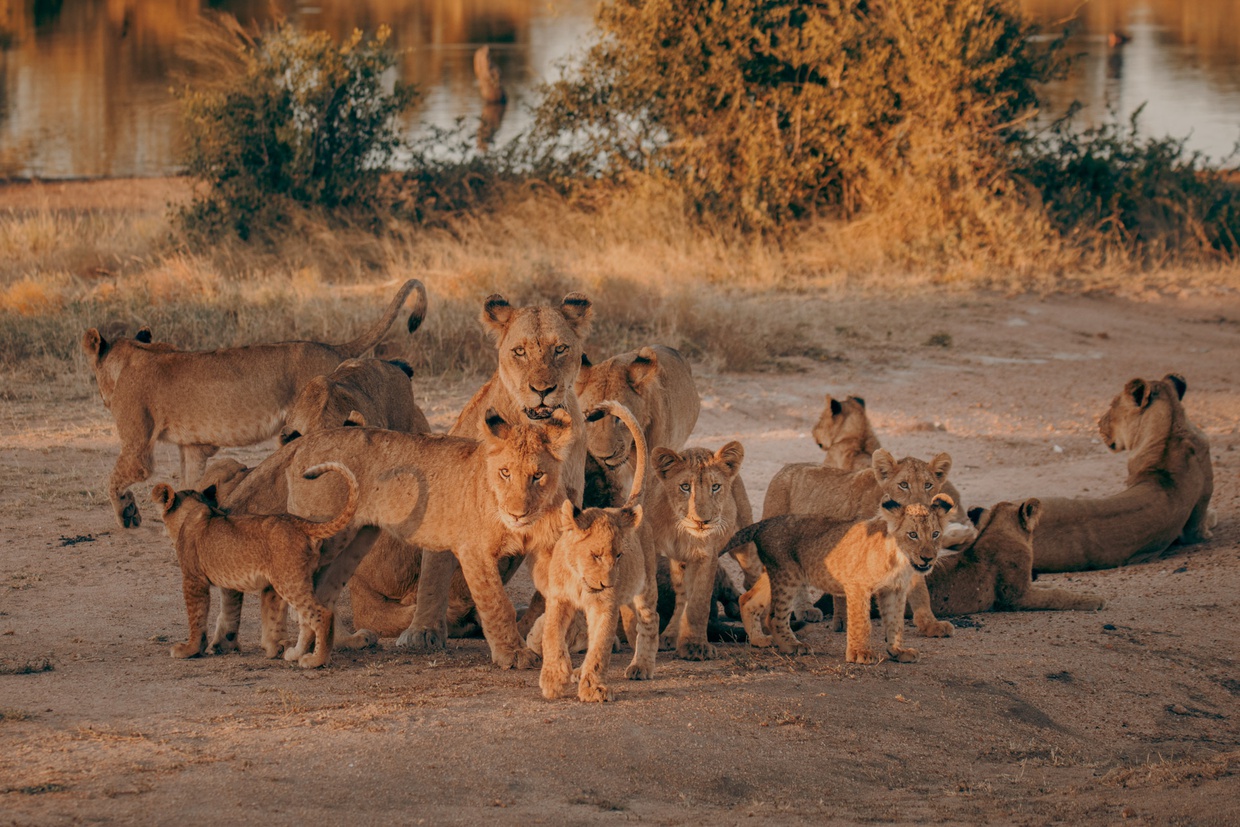 We have been lucky over the last two months, seeing two new young males to the western section of our property - they look about 3 years old, one slightly larger than the other and they have a few battle wounds. They were quite skittish at first but have calmed down nicely now. It could be that they got kicked out the pride recently, explaining the battle wounds and their behaviour at first, lying low in the long grass, trying to hide, soft contact calls and not positive vocals as they are non-territorial males. 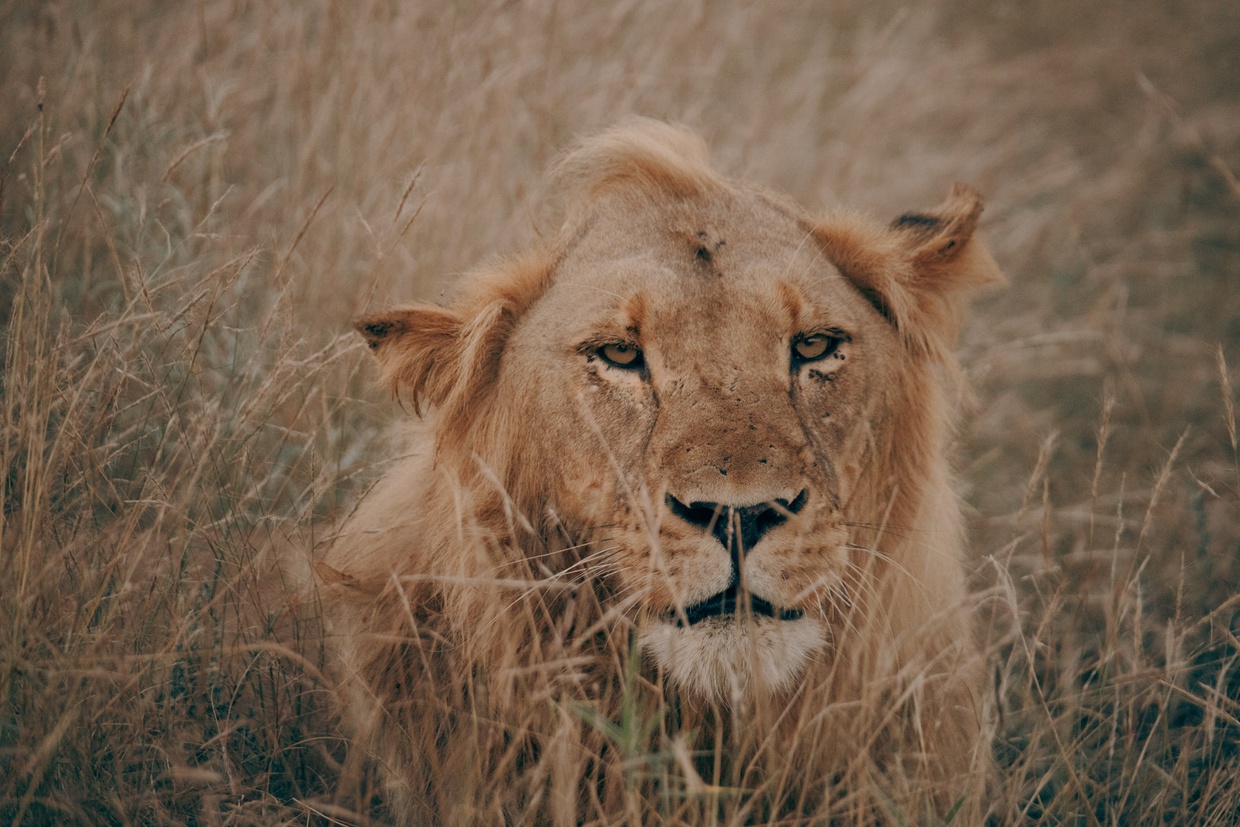 Elephant:
Elephants have been around in large numbers, giving us some awesome sightings and causing quite a few roadblocks by pushing over large Knobthorns and Maroela trees. We have been able to spend some good quality time with them and there are lots of little ones around which has been entertaining for our guests. 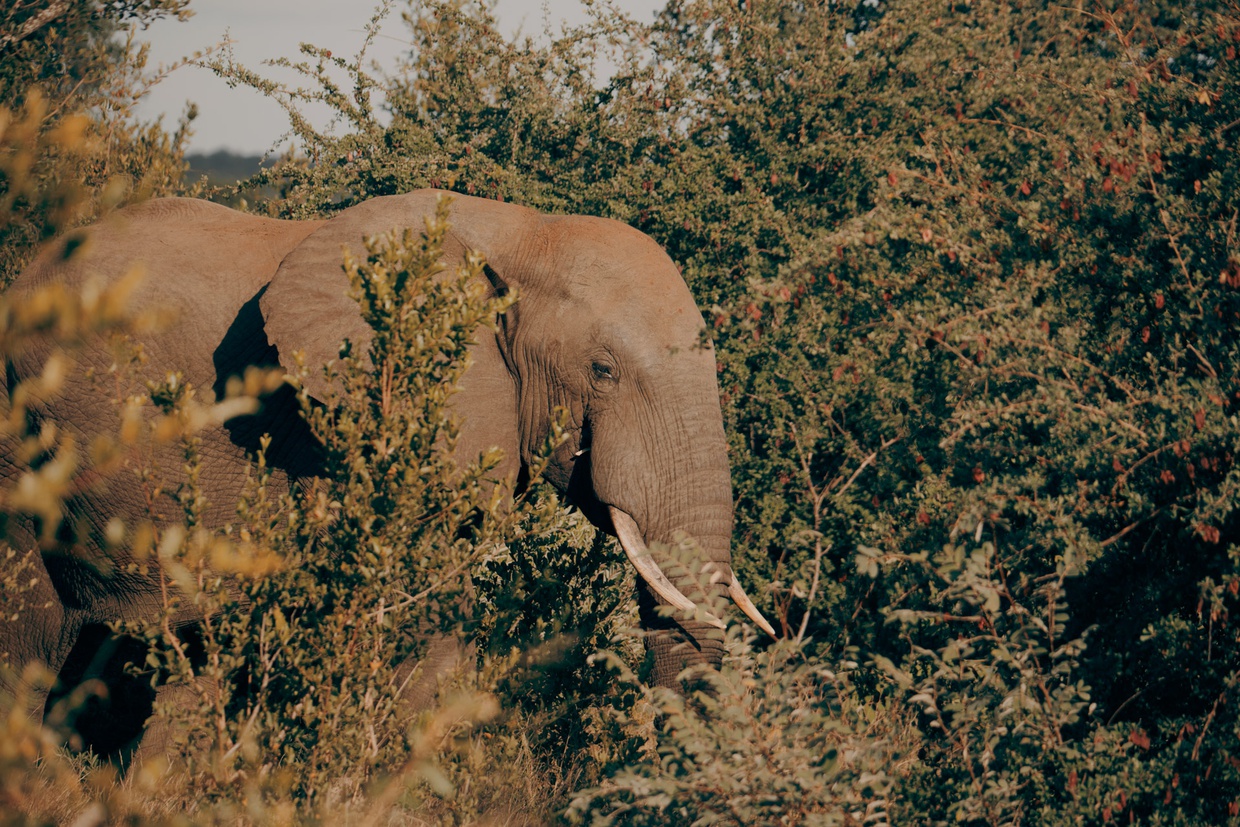 The elephants have been busy around the lodge pan and the drainage system that runs past the lodge with all the lush green vegetation. There have been days where we got up to 2 or 3 different herds around the pan - we honestly cannot think of a better way to enjoy your afternoon tea and coffee.

Buffalo:
We have been lucky with bachelor boys around the lodge. They usually spend time down by the Klaserie River to the east of the lodge and then start feeding over the crest towards the lodge pan where they spend most of their time chewing the cud and regulating their body temperature by wallowing in the lodge pan. They then move off to the drainage running past the lodge, feeding in the thickets where they are well hidden from predators. 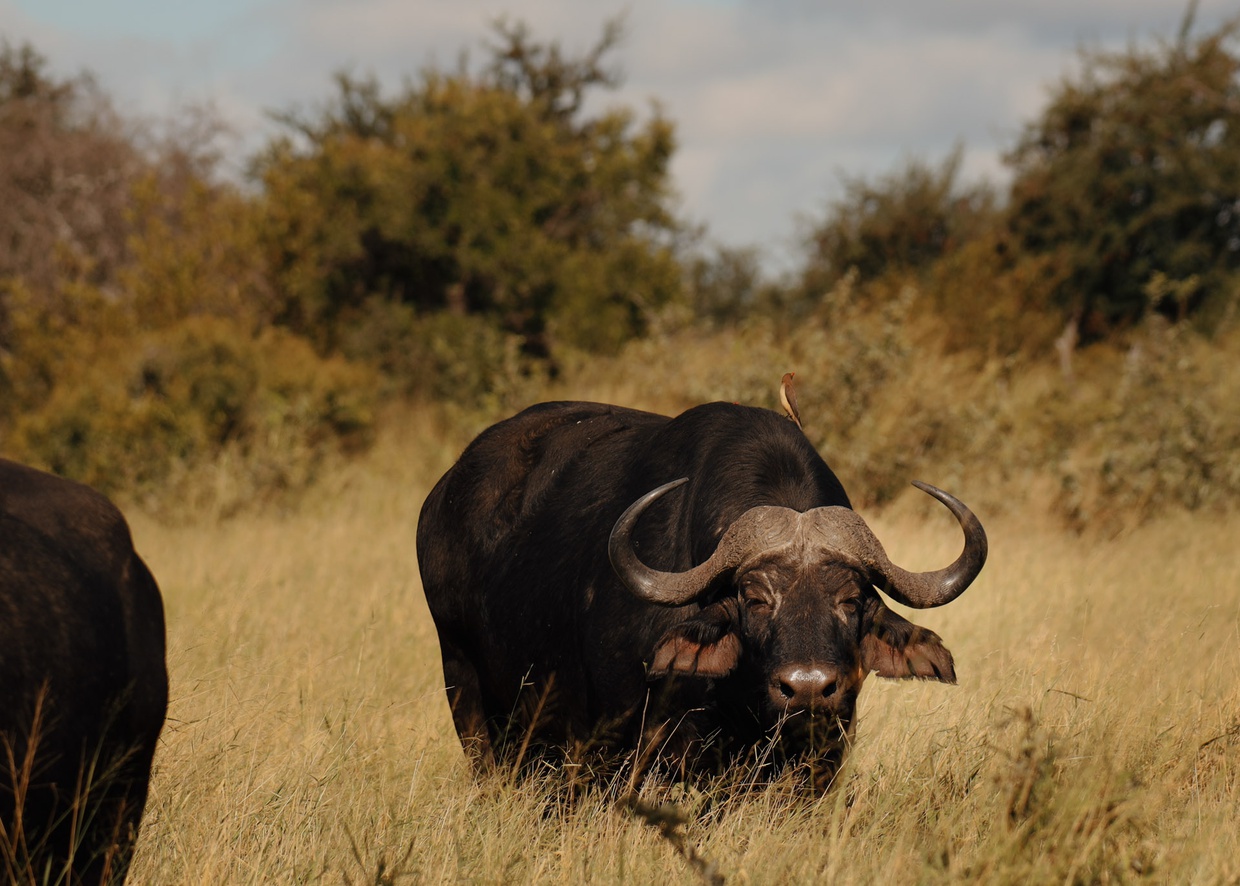 Wild dog:
We have been blessed once again with wild dog sightings during the month of March although sightings started getting quieter during April as this is usually the time when they start looking for or selecting possible den sites. They have been highly active around the lodge pan and several guests have been incredibly lucky to see them while enjoying morning coffee and tea before our game drive. The dogs have been chasing and hunting anything from impala, to duiker and even scrub hare, just metres away from us. 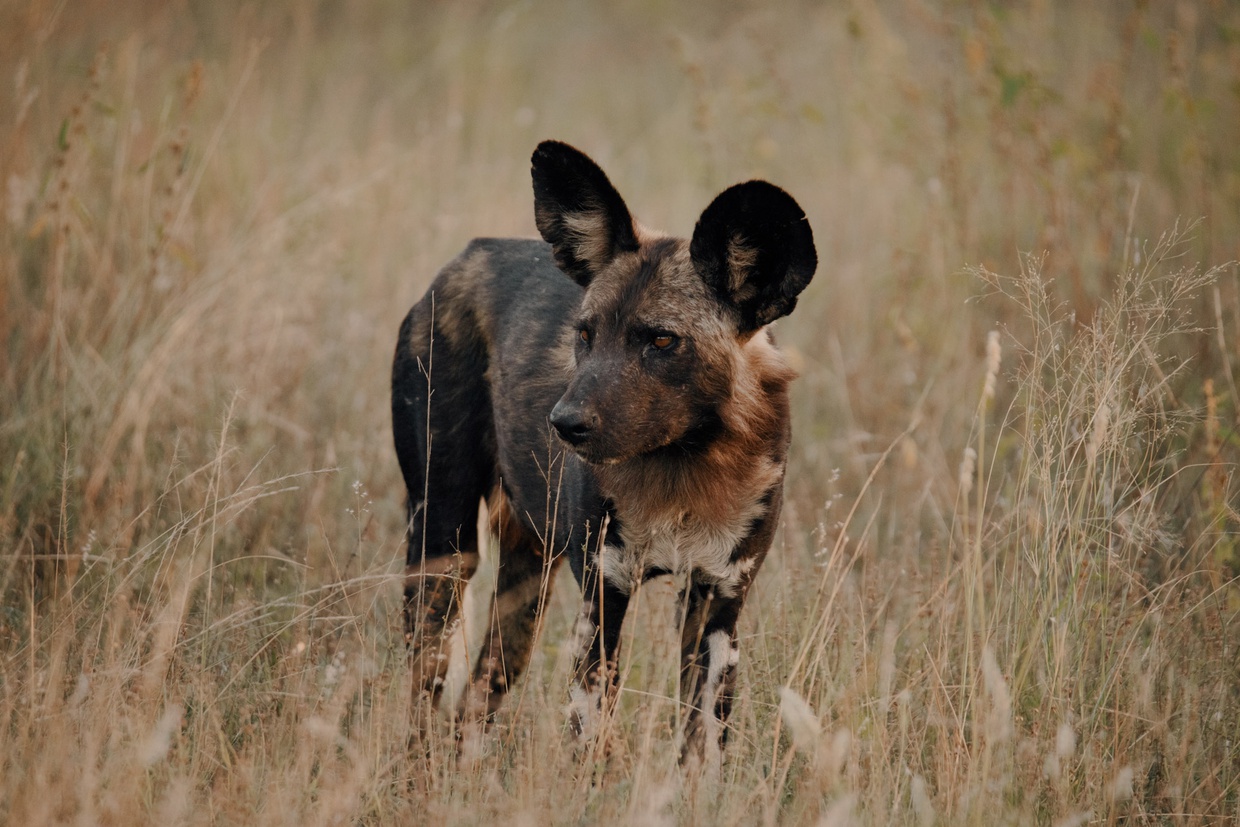 Hyena:
Some good news, hyena pups! We have seen two so far, only weeks old and then another two very pregnant females. We will keep you updated as soon as we get our first photos as for now we are respecting the den site, giving mom and little ones the space, they need. 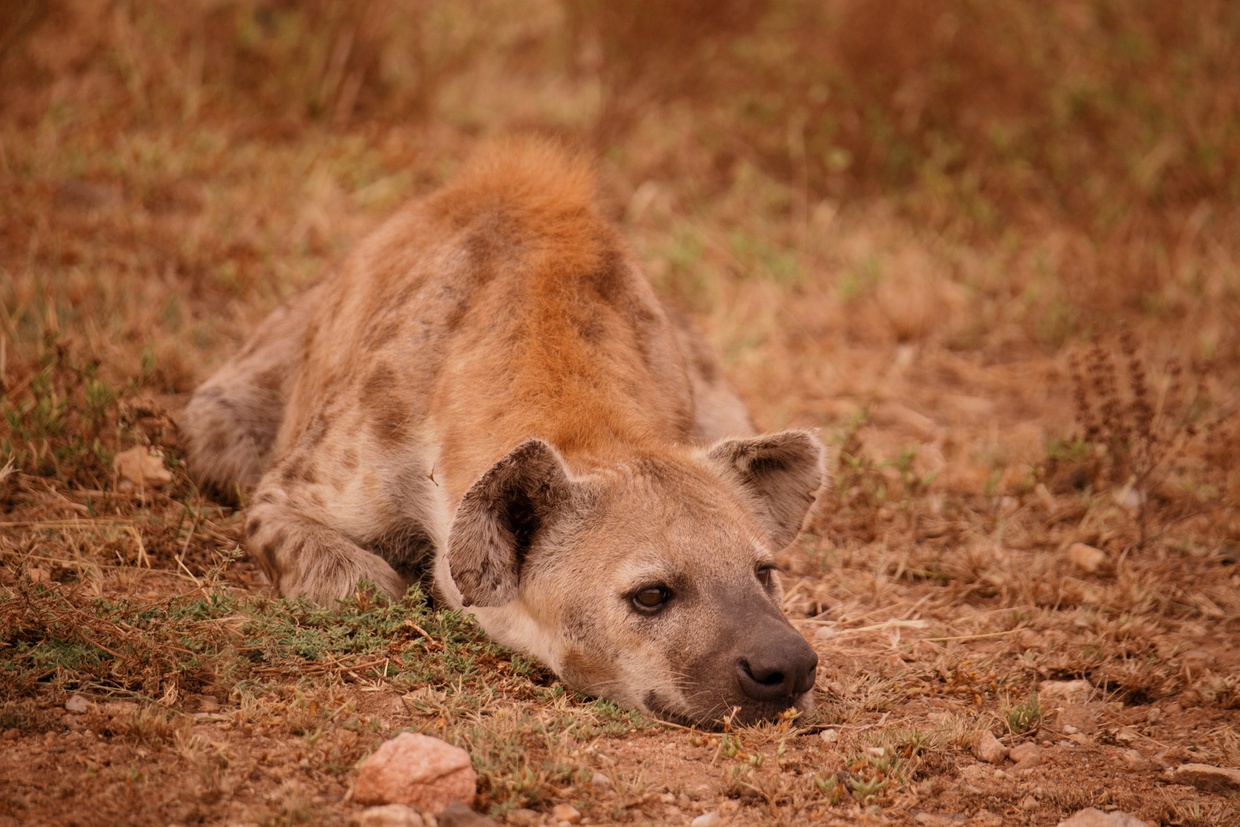 Thank you for following our reports and stories from Makumu!

All images in this article were taken by Tim Hulme and Bianca Brombin of Lost in Africa.TV.